Has Anyone Seen our Raleigh Representatives?

The Case of the Disappearing General Assembly Members.

Senator Dan Soucek and Representative Jonathan Jordan have been more than just invisible since the legislative session ended in Raleigh. We understand perfectly why they would want to stay out of sight, since the two of them voted in lockstep with their party. They voted FOR every bad thing that happened in Raleigh this year, and that was plenty.

Squeezing the life out of public education. Treating women like chattel. Bringing the wonderful World of Fracking to North Carolina. Et freakin' cetera. It was all hard work, and apparently they're both so exhausted they haven't left their houses for months.

It's not as though our state senator didn't warn us he'd be hard to find. Soucek self-identifies on his Twitter profile as an "International Man of Mystery." He's tweeted only once since June 25th and that was to name-drop Ken Starr, president of Baylor University, who apparently brushed past him in October. Soucek apparently attended a forum in Caldwell County on homelessness in October, but otherwise we can't find any evidence that he's made himself available to voters for months. Months. 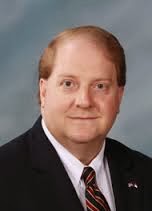 Jonathan Jordan has mainly been in the news as a potential drop-out from the NC House, but he didn't get that Ashe County manager's job. Jordan hasn't posted anything to his Facebook page for a solid year. Same for his Twitter account. He's even more invisible than Senator Empty Suit.

These two sterling representatives of Watauga County citizens communicate nothing more vividly than inaccessibility.
Posted by J.W. Williamson at 11/12/2013 10:24:00 AM
Email ThisBlogThis!Share to TwitterShare to FacebookShare to Pinterest
Labels: Dan Soucek, Jonathan Jordan

These are men of weak ethics, no moral compass but lots of religion.

Unlike LPOV who is a person of weak mind, no common sense but lots of vitriol.

Mr Soucek and Mr Jordan seem to think God wants exactly what the wealthy Mr Art Pope wants, tax cut for the wealthy and injustice for low wage working citizens of NC. How much moral courage is required to always be on the side of the politically powerful and wealthy? The actions taken by the NCGA are against the principles of a free people and doing great harm the ordinary citizens of NC.

Thanks for the additional evidence LPOV.