Ronda in Wilkes County is a village of 417 souls who on Tuesday chose for their town council one notorious woman, her boyfriend, and the boyfriend's "political ally" (an incumbent who had actually declined to file for reelection), all elected as write-in candidates. Out of a turnout of 131 votes, the trio above received 59, 60, and 75 votes respectively. Interestingly, a third of the 131 voters were mail-in absentees, and 12 were Early Votes, which the Wilkes County elections director says was "unusually high" for Ronda. (WRAL)

The Notorious Woman: Debra Goldman, who was one of the insurgent Tea Party majority on the Wake County School Board elected in 2009, resigned from that board last February to take a job in Ronda. While still a member of the Wake School Board, she ran for NC State Auditor in 2012, unsuccessfully. She got wrapped up in a very public [cough] sex scandal with fellow School Board member Chris Malone, who is now a Republican member of the General Assembly. Goldman became something of a punchline. Even a fellow Republican member of the Wake School Board called her a "prom queen." Goldman is now "in a relationship," according to Facebook, with her boss at the Derie Cheek Reece Foundation in Ronda. 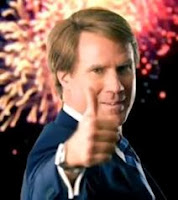 The Boyfriend: Kevin Reece, who has been in a bitter and nasty feud with Ronda's Mayor Victor Varela for years. It's been a struggle over fighting cocks on Reece's property (not making this up), among other issues, devolving into hidden video surveillance and accusations of marijuana use. Reece most recently attempted to remove Varela from office via a recall petition, until he discovered that there is no recall provision for public officials in North Carolina. He immediately set about getting his local Republican representatives in Raleigh to pass a "local" bill to allow Ronda to institute a recall mechanism, which also passed on Tuesday. Kevin Reece's foundation, according to WRAL, was started in 2011, and so far, its IRS activity is opaque. Hmmm.

The Political Ally: Sam Foster, who had supported Reece to fill a vacancy on the town council but was foiled by Mayor Varela. Mayor Varela will now be the target of that recall process that passed the voters on Tuesday.

There's at least a movie in all this, if not an HBO mini-series. I see Anna Faris in the Debra Goldman role, with Will Ferrell as Kevin Reece, and naturally, we're going to need Zach Galifianakis as Mayor Varela. It'll make millions!

Are you sure you didn't make up this story?

Now Debra Goldman really knows politics!! and she's getting ahead!! :-)

IT's this kind of Republican Stuff that gives Lizard Lick North Carolina a bad name and besides it gives a whole meaning to the term " RunRound Rhonda" Boy! Will the Beach Boys be piss!

Well, 'elp me Rhonda. You folks in Ronda are going to 'ave to do somet'ing to get Ms. Goldman out of your 'eart.

Reece and Goldman are scam artists who prayed on the elderly. Scamming voters and scamming would be supporters of their "charity."