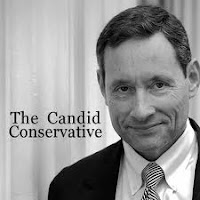 Carl Mumpower was a conservative Republican member of the Asheville city council for years, until he ran for the U.S. Congress as the Republican nominee against Heath Shuler a few years ago.

But he's leaving the Republican Party to become unaffiliated, and it's the Republican-engineered seizure of Asheville's water system that was the last straw.

“This is not anything more than stealing Asheville’s water system,” Mumpower said. “I don’t care what people say or how complicated they try to make it, it’s just theft through our legislature, and that’s wrong. And this [leaving the party] was a way to fight back.”

According to John Boyle, Mumpower is the only visible Republican to stand up for (Republican) principle against this example of Big Government bullying.

Posted by J.W. Williamson at 5/05/2013 09:09:00 AM
Email ThisBlogThis!Share to TwitterShare to FacebookShare to Pinterest
Labels: Asheville, Carl Mumpower, water resources

But, JW, it's perfectly all right for towns to do the same to the rural areas - huh?

I reckon you're equating zoning in the ETJ with the taking that's going on in Asheville. Or else, I don't know what you're talking about.

The state is taking Asheville's water system without any compensation. When has the town taken anyone's property outright, without payment (even "condemnation" involves payment; the state's taking was without compensation of any kind).

That sound fair to you?

I thought taking assets away from an owner and redistributing it to the masses was called communism. http://dictionary.reference.com/browse/communism

Well, they "took" Templeton's property on State Farm Road! At least they took away the commercial value when they denied him the right to build what the property was zoned for.

And, they took away the value of the land that would have been developed had it not been for their steep slope regulations.

And, they took away the rights of etj residents to trim their trees without getting permission from the town.

But that's all ok since it is in line with what the Williamsons want for Boone.

People in the ETJ complain and complain about their lack of representation when they have the likes of Jeff Templeton on the town's planning commission and ETJ people on the town's board of adjustments. Do they want to pay town taxes like the people who live in town? When the ETJ is taken away by Jordan and Soucek, just wait til somebody builds an apartment next door. They will be crying about the lack of zoning then. When somebody builds some monstrosity like the apartments above Wally Mart on the side of Howards Knob or Rich Mountain, everybody will be blaming the town and crying about how is should never have happened, just like they are doing about that horrible complex being built off Poplar Grove, outside the town and ETJ. ETJ - I say good riddance. Let the developers work their magic. As for water, let Jordan and Soucek steal that, too. Why is Boone building something to fuel apartment projects by the same people who constantly attack it? Do we need more apartments or more chain stores?