Stupidities of the Week 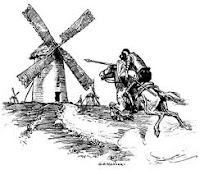 1. The NC House will take up a bill today that would require teens to get notarized written approval from a parent before a doctor or other provider could diagnose, treat, or even counsel anyone under 18 for mental health or substance abuse. Parental approval would also be required for contraception, pregnancy care and testing for sexually transmitted diseases.

H693 might as well be titled "Keeping Certain Teenagers Cut Off from Help," because, can you imagine the son or daughter of an abusive and explosive parent (not to mention your occasional puritanical nut) going to said parent to say, "I need help with ________." Ain't gonna happen. Teenagers in trouble are much more likely to open up to third-party strangers than to parents who've never understood them.

This is backward and stupid law.

2. Senate Bill 132, being heard today in the Senate Health Committee, would mandate that public school health curricula contain the unscientific and religion-based propaganda that a woman who gets an abortion will have more health problems later in life.

This is backward, prejudicial, and stupid law.

3. In 2011, a worker at a Butterball turkey processing plant secretly videotaped other workers abusing the turkeys, which led to a raid by Hoke County deputies and convictions of workers and a state veterinarian, who tipped off Butterball about the raid.

Under a new Senate bill, the worker who did the videotaping would be subject to prosecution. Let's call this proposed law "Stomping on Whistleblowers Act of 2013." Hilariously, Sen. Brent Jackson, R-Sampson, said the provision is aimed at "protecting intellectual property" when it's clearly aimed at protecting the cruelty of factory-farming.

This is backward and stupid law, putting cruelty to animals under the umbrella of a constitutional right.

STOP THE STUPIDITY AND THE BACKWARDNESS!

Where does one begin with these people?

As someone who has publicly called out the director of the local so-called crisis pregnancy center on his blatantly false public declarations that abortion is related to breast cancer, I cannot fathom the need to spread this sort of falderal.

The irony here is not lost on me that this and the factory farming bills are under consideration at the same time, since hormone use in factory farming probably IS related to some breast cancers.