NC GOP Motto: "If You Can't Make Things Worse, Don't Do Anything at All" 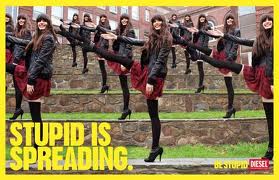 Race to the bottom.

That's the Republican formula for the North Carolina public education system. Cripple it. Starve it. Give what money might have improved things to private corporations. Then complain about those over-paid teachers.

Mike Ward was superintendent of public instruction in North Carolina from 1997 to 2004, so he knows something about the history of public education in the state, and he can tell a hawk from a hand-saw.

Ward writes in the News&Observer, identifying three primary public-education-killing initiatives by the Republicans in the General Assembly:

2. Vouchers. If you want to know where money to pay for teachers is going, one place to look is at the proposed voucher legislation. Proponents refer to them as “opportunity scholarships.” Vouchers are bad public policy, snatching millions of dollars away from public schools that desperately need them. We support the choice of private education, but taxpayers will foot the bill for some parents to send their children to private schools. Legislators backing these vouchers will tell you that the vouchers are for disadvantaged students, but the bulk of these vouchers will go to middle-income residents – and you’ll get to pay their children’s private school tuition. Vouchers are an expensive, divisive program with virtually no record of improving overall student performance.

3. Reduced funding for pre-kindergarten. This is a senseless and self-defeating proposal. Investing in pre-K is not just good for kids – it’s good for all of us. Research shows that quality pre-K returns $5-$13 for every dollar spent by reducing costs for remedial education, social services and criminal justice.

Under the rough handling of the Republicans in Raleigh, North Carolina already ranks 48th in per pupil expenditure and 46th in how well teachers are rewarded. The Republican solution to that abysmal set of statistics ... MAKE EVERYTHING WORSE!
Posted by J.W. Williamson at 5/29/2013 12:47:00 PM
Email ThisBlogThis!Share to TwitterShare to FacebookShare to Pinterest