The War on Women in NC Will ACCELERATE 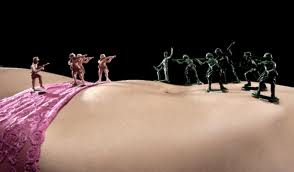 Among other things, Stam said that a law will be introduced (and will undoubtedly pass) to exclude abortion coverage from federal health insurance exchanges, which is in itself kinda funny, since this same bunch also doesn't want anything to do with federal health insurance exchanges. But nevertheless, they'll OUTLAW THE HELL OUT OF ABORTION.
They are in control of women's wombs. Let's have no disagreement on that.

I would rather him disagree with himself than you. At least he can see another side. You never consider the facts or the science. You just report the cool-aid of Blue NC or Progressive Pulse.