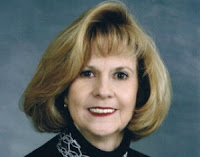 State Senator Don East (R, Dist. 30) died recently while campaigning for reelection to the state senate. (Sen. East once upon a time represented Watauga County, too, but not for many years.) It was too late to remove his name from the ballot. Under NC law the 30th Dist. Republican Executive Comm. had to name a replacement candidate. They chose NC State House member Shirley Randleman.

Though Randleman is an incumbent member of the NC House (since 2008), she's not running for reelection even though she's obviously a political philosopher of consequence: "I’m pro-God, pro-life and pro-gun,” she said. Great answer if you're auditioning for the Jerry Springer Show, but kinda too on-the-nose for our contemporary Clown Car in Raleigh.

Why isn't Randleman running for reelection to the NC House? In January 2012, she announced she would step aside. She told the Wilkes Journal-Patriot:


"Last year ... I was on the road for 46 of 52 weeks. Thirty-seven of those weeks were spent in Raleigh. I was somewhere else in North Carolina where my service was required during the other weeks, helping with redistricting or working for one of the committees on which I serve. When you add all of that up, it's a lot of time."

That's quite the pick to replace Sen. East, guys. If  the deceased "Sen. East" beats his Democratic opponent today, Ms. Randleman will have even more to complain about.