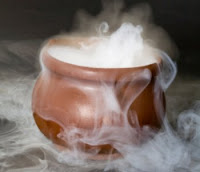 Turns out that such charges are actually fairly easy to disprove.

We're still rooting for D'Annunzio to win that primary, though there's a possibility, we suppose, that 50% + 1 of Republicans in that district have not drunk this particular pot of tea.
Posted by J.W. Williamson at 4/20/2010 08:16:00 AM
Email ThisBlogThis!Share to TwitterShare to FacebookShare to Pinterest
Labels: Harold Johnson, Tim D'Annunzio

A born-again Bible thumper, End Times fanatic, and Constitution lover, Tim... and also spouting the usual Republican stuff about giving ever more tax breaks to business while at the same time, of course, cutting the deficit. This guy is proof of the polarization of politics today. How could old Harold Johnson, who read the sports so well on WBTV for years and years, and who has always seemed a decent fellow, have to gp against a highly-financed ultra-right primary opponent like this d'Annunzio guy? I mean, check out Tim's blog, which is mostly Scriptural quotes (from the King James Version, no less) and ask yourself, what has gone wrong with the American political scene that these types can emerge as credible candidates for the US Congress?

Here's what Tim D'Annunzio says (I am not making this up, this is cut and pasted from his blog, Christswar.blogspot.com):
Here is the four year plan for the revitalization of the US Federal Government.

Abolish the Departments of Education, Health and Human Services, Agriculture, Energy, Labor, Housing and Urban Development, Interior, Transportation, Treasury, and Home Land Security. Any duties remaining that are Constitutional should be rolled into other Departments.

Social Security and Medicare should be cut into fifty proportionate parts and given to the control of the states. All promises should be kept at a percentage proportionate the individual’s age compared to the retirement age. The new System should be based on individuals preparing for and providing for their own retirement and health care. A private safety net system should be encouraged for those who fall through and possible cracks in this system. (Church)

Implement the FairTax, repeal the Sixteenth Amendment and abolish the IRS. The original rate to be revenue neutral is 23% but the goal should be to reach a limit of 10% within ten years.
Any future revisions that result in tax increases must be passed with a super Majority in both the House and Senate.

Then reduce restrictions and enable the private sector to drill, mine and build our own energy productions system.

Reform our legal system starting with a loser pays system for all civil suits. The congress should also use its Constitutional authority to abolish any appellate court that has shown an anti Constitutional activism.

This is a brief outline and of course it doesn’t address all our problems, BUT these are the needed reforms for the areas that are addressed.

Do I think we will do it? We will, but only when it is understood that there is no other way if we want to save our Nation.

"A born again Bible thumper" - that automatically should place him in the front runner position in ANY race. Faith is a litmus test that allows a peek into what a person is like. So that one is in the postiive box!!

"End times fanatiic" - given the current climate of socialistic takeover of our daily lives by Hussein Obama and the impending nanny state it is not far-fetched. This guy is echoing what many feel.

"Constitution Lover". Although this runs anathama to what the typical liberal socialist lemming thinks, it is also a strong litmus test. The 2nd Amendment, of which D'Annunzio is a strong supporter, is regularly assailed by liberals who have no concept of personal responsibility. It also keeps us free which again runs counter to those on this site.

"Polarization of Politics". The polarization comes from the mocking tone of the messiah (notice lower case spelling) himself when he talked about Tea Party Protestors and how they should thank him. If you don't think this is a problem - you will in November. No better way to rile the opposition than to ridicule them. This is the first time I have seen this from a President. And D'Annunzio is polarizing?

"credible candidates". LOL!! If Hussein Obama can take office with less than 2 years experience than anything is possible!! This quote sums up the absolute stupidity and hypocrisy of the liberal thought process. He we have a junior Senator who has put us trillons into debt within his first year in office, and you are dumb enough to call out someone with honest to goodness credentials and experience? What planet did you unfortunately come from? LOL

Rodger Space Cadet-
What planet are YOU from and does your mommy know you are playing on daddy's computer?

Hey REEK-O- Come on out now.