Fetzer to Steele: I'm Praying for You (To Drop Dead) 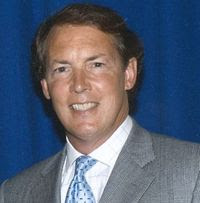 This news broke late yesterday p.m., while we were on the road in Stokes County (thunder, lightning, missing bridges), so we're catching up:

Tom Fetzer, chair of the N.C.G.O.P. and hence a voting member of the Republican National Committee, which has the power of life or unemployment over national Chair Michael Steele, is the first such Prominent Republican to call for the resignation of Mr. Steele. You know you're in trouble among Republican pooh-bahs when the letter opens like this: "Dear Michael, I have prayed for you...."

That's pulling rank as only the self-righteous can pull it.

Hearing the news about Fetzer's letter, North Carolina Committeewoman Ada Fisher, who had previously made her disdain for Mr. Steele perfectly clear, piled on with her own call for resignation.

Can a full crackup at the RNC be far behind?
Posted by J.W. Williamson at 4/09/2010 08:31:00 AM
Email ThisBlogThis!Share to TwitterShare to FacebookShare to Pinterest
Labels: Ada Fisher, Michael Steele, Tom Fetzer