On the Morning of John Milton's Nativity 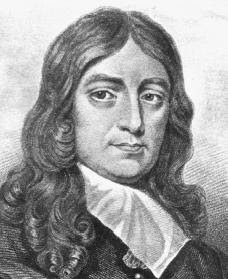 Today is the 400th anniversary of the birth of John Milton, famous as a "Great English Poet" (that no one reads anymore), less famous as a Puritan revolutionary. When I was in school, we were driven with whips through a few "books" of "Paradise Lost" and were never let in on the secret that John Milton was a radical for personal freedom in his day, a fact that might have endeared him a little more to our teenaged hearts if not made his poetry less intimidating.

In his day he was a radical "Republican," meaning he fiercely opposed the rule of king and bishops of the Church of England, supported the right of every man to have a say in his government. He wrote a defense of the beheading of King Charles I. He also wrote extensively as an advocate for legal "divorce on demand," a most unpopular position to take at the time. But for today, to celebrate his birth, we'll take a quotation from his great attack on censorship, Areopagitica (which means, literally, "Mars hill"):

As good almost kill a man as kill a good book: who kills a man kills a reasonable creature, God's image; but he who destroys a good book, kills reason itself, kills the image of God, as it were, in the eye.

Why did he name his essay on free speech "Mars Hill"? Because that was the great rock in ancient Athens where any man was supposedly free to speak whatever was in his heart, yet the Athenians arrested St. Paul on that spot for telling the people they were imprisoned by superstition (see Acts 17:19-22).

John Milton, you rock!
Posted by J.W. Williamson at 12/09/2008 11:10:00 AM
Email ThisBlogThis!Share to TwitterShare to FacebookShare to Pinterest
Labels: free speech, John Milton