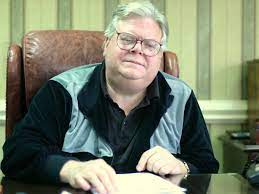 The headline above comes as a claim made by Carter Wrenn at the resurrected blog, Talking About Politics. Carter Wrenn was the political brains behind the irresistible rise of Jesse Helms back in the 1970s, running the Raleigh-based Congressional Club fundraising juggernaut for a couple of dark decades. In other words, he's no wussy country-club Republican but a true (and intellectual) conservative. So I pay attention to his opinions, especially when they come with supporting data.

(Gary Pearce is back too at "Talking About Politics." When Pearce left the blog to write a book in 2021, my memory is that Carter Wrenn tried to keep it going but it gradually went dormant. Glad to see it's back.)

Here's an extract of Wrenn's article, "The Price You Pay," published last Wednesday. I pray he's right -- "cheering a lie comes with a price."

...Polls aren’t quite that cut and dried – there are crooked pollsters and rigged polls. But real polls are just about the only objective measurement in politics – and last fall’s exit polls told a story about Republicans.

But the next number showed bad news: For three decades Independents had voted against the party of the man sitting in the White House in off-year elections. There was only one exception: In 2002, after 9/11.

But, in 2022, even with Joe Biden in the White House, Independents voted for Democrats – in Pennsylvania’s Senate election by 20 points (58% to 38%), in Arizona by 17 points (56% to 39%), in Georgia by 11 points. Independents turned thumbs down on Republican Senate candidates in every swing state. Higher than expected Republican turnout saved J.D. Vance in Ohio and Ted Budd in North Carolina but Republican Senate candidates lost New Hampshire, Nevada, Pennsylvania, Arizona and Georgia.

Biden’s popularity was underwater with Independents – by 23 points (37% to 60%). Why didn’t that sink Democrats? Because Donald Trump was more unpopular than Biden, minus 36 points (30% to 66%).

One last number: The exit polls said Independents believed Republicans could handle the economy better than Democrats – so why did they vote for a Democrat like John Fetterman by 20 points? The election ended up being about character. Not issues. To Independents lies mattered. Trump hammered his mantra – “The election was stolen” – over and over. His candidate – Mehmet Oz – nodded. And on election day Oz found out cheering a lie comes with a price.

Posted by J.W. Williamson at 1/16/2023 08:48:00 AM
Email ThisBlogThis!Share to TwitterShare to FacebookShare to Pinterest
Labels: Carter Wrenn, Trumpism