How To Win Elections

How to campaign effectively? That is THE question needling North Carolina Democrats right now. Who knows how to do it? Million-dollar consultants? Or the people in field work who know the ground truth about voters? 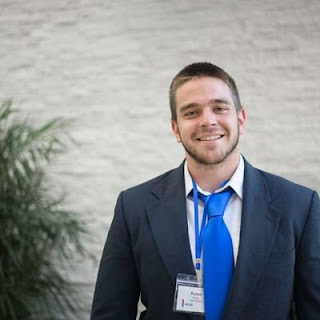 Yesterday I read a Twitter thread by Chicago-based Chris Gentry, who back in 2016 was a member of our field team here in Watauga. Just for comparison, which is admittedly odorous, in 2016 Watauga County went for Hillary Clinton while the state went to Trump. In Watauga, Clinton won 47.15% of the vote to Trump's 45.68%, which translated to a 441-vote margin. Meanwhile in the state as a whole, Trump took 49.83% to Clinton's 47.17%, a difference of 173,315 votes.
In other words, we had our act together in 2016 in Watauga.

Chris was a big part of that. He connected with people like few can. But exceptional field operatives like Chris are most often students, and inevitably they graduate and move on. So we lost Chris for the next election cycle. But he landed a job as a field organizer for the Progressive Turnout Project (PTP), an "independent expenditure" PAC that spent over $6 million in the 2018 General Elections in a handful of states. Here's what they were doing on the ground, according to their own website:

"Progressive Turnout Project is a grassroots-funded organization with a single mission: get Democrats to the polls. We design, test, and execute specialized voter turnout programs targeting inconsistent Democratic voters in the most competitive districts in the country. In 2017, our trained teams flipped 10 Republican House of Delegate districts in Virginia. In 2018, we’ll bring that same strategy to competitive districts across the country."

The key to the PTP project was/is recruitment and training of boots on the ground for direct voter contact. In 2018 PTP targeted about two dozen flippable districts, and among the experienced field managers willing to live and work in those targeted districts, Chris Gentry got assigned to the Kansas 3rd (where Native American Sharice Davids indeed won the seat and still holds it. Not too shabby for a crusading queer lawyer and former mixed martial arts fighter). Chris was working totally independently from the Sharice Davids campaign (PTP is one of those "Not Authorized by Any Candidate" groups). Chris stayed on the ground for months in Kansas, organized troops to knock doors and register voters, and he obviously helped sweep the table.
Chris got promoted in PTP, I believe to director of training by 2020, but he took another route that brings him today to the Chicago non-profit urban league group formed in 1995 as "the Chicago Debate Commission" (now known as Chicago Debates), a tax-exempt non-profit dedicated to bringing "the benefits of debate into Chicago Public Schools." See, helping a student learn to stand up and make an argument in a debate, and to respond to others' arguments, and to marshal evidence -- all of that mental training helps those students in every other way academically, so getting underprivileged mid-schoolers involved in debate proved both highly effective and wholly noble. In 2012, Chicago Debates engaged almost 1,500 teen debaters in extracurricular contests, wherein the "debaters spend an average of 440 hours of out-of-school time researching and reading source materials to gather evidence, using the evidence to develop cases and rebuttals, and building argumentation skills."

Chris is now a program officer for Chicago Debates. And he's, just incidentally, involved as a volunteer in some political campaigns. The mayor and aldermen of Chicago will be elected on February 28. Chris supports Chuy Garcia for mayor. Garcia is currently in the U.S. House (Illinois 4th CD), a former Cook County Commissioner and former member of the Illinois Senate. Someone had complained that Chuy Garcia -- with that much community involvement and exposure -- didn't have enough "platform." That got Chris going:

...voters rarely care about policies. To say they vote on "vibes" is a bit reductive but is closer to the truth.
The average voter is going to remember maybe a sentence about a candidate for Mayor, and maybe 2 or 3 words about a candidate for Alderman.
It's a little overused but I like the voting as an expression of social cohesion model, and have found it personally to be the most reflective. We vote for the candidate that we think best supports our self identified social groups.
So I vote as a transit activist [Chris is a dedicated bicyclist], a resident of Pilsen, a progressive, a veteran, etc. I promise you that less than 2% of voters are going to go so far as to look at a candidates website[....]

In other words, it's all in the candidate, and you can't fake genuineness. Unless you're prepared to knock doors and find out the current headspace of the people you need you're not going anywhere. This is why the phrase "candidate fits the district" is the hardest lesson for progressives to learn.

Posted by J.W. Williamson at 1/06/2023 10:51:00 AM
Email ThisBlogThis!Share to TwitterShare to FacebookShare to Pinterest
Labels: Chicago politics, Chris Gentry

Okay, so "the candidate has to fit the district," but what about progressives (or even moderates) who live in rural, right-wing districts? We don't fit the district. Do we just give up?

I would never say that. It takes renewed persistence and creativity in candidate recruitment.

You should give up and give us a break.

Not everyone wants what you are trying to sell, and never will.

You're not going to get majority of people to believe what you do everywhere.

Why not let the right run the areas where they live instead of trying to convert them by creative candidates?

The left has been gaining power in the urban areas, look at any election map.

Then look at all the surrounding rural areas, you're not popular, but you control where the laws and taxes are made.

And that's the problem.

Actually, progressives often fit the rural districts in which we live...because we all want good schools, decent services, and nobody messing up the air our families breathe or the water in our wells. And we’re willing to govern in ways to accomplish that.

If that is all Progressives wanted, yes, they would fit in.

But there is more isn't there?

"But there is more isn't there?"

What horribles do you suspect Progressives want? By the way, republicans want more too.