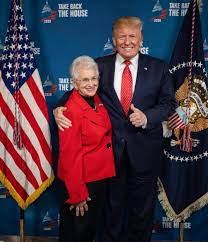 The U.S. House just passed a bill, 267 to 157, that would formally repeal the Defense of Marriage Act, the 1996 law against same-sex marriage that was overturned in the Supreme Court landmark Obergefell decision. It would require states to reciprocally recognize marriages that are legal in other states as valid, and would prohibit discrimination under state law in public acts against married couples based on their race, sex, ethnicity, or national origin.

All of the Republicans representing North Carolina voted against it. Specifically...

Astounding, that these "freedom-lovers" and "-defenders" are willing to sacrifice the rights of fellow citizens to satisfy -- what? -- religious fundamentalism and the dictates of an ideology that intends to punish difference. I would say these guys are going to hell, except they're already there.

You can vehemently disagree with your opponents, politically or socially, even to the point of rage.

BUT when you start denying your opponent's humanity because you don't like them then you're on your way to joining other socialists such as the national socialists in early 20th century Germany, or Soviet Russia, Maoist China and a multitude of other countries who denied their opponents were human, and therefore justified the murder of hundreds of millions of their own citizens.

You've taken your first step to a bigger work.

I'd say that's what those eight have done - defined swaths of their constituents as "other" and attempted to consign them to the ash heaps of society.

The left is constantly, incessantly, crowing about their 'moral' superiority over the right.

So, you expect those eight to do what they do.

And you expect the left to disagree, but to say they have no hope of being human?

That always leads to slavery or death.

It's a socialist tradition.