“Nobody ever did the math, which baffled me because the spending was so outrageous.” 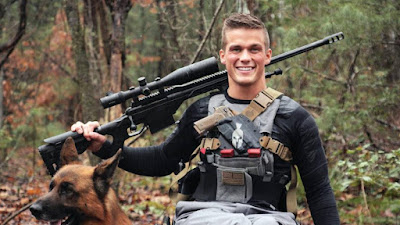 Sollenberger talked to a Cawthorn campaign insider who wanted the public to know that Cawthorn had illegally spent money he now can't pay back. Some high-dollar donors are due a refund under law (explained below), but no way can he make those refunds.  Cawthorn owes individual donors $220,080.85, and as of May 5, he has only $137,000 on hand. He also owes $325,000 to various vendors.

The FEC allows donors to max-out double what the law ordinarily allows for individual donors -- a max of $2,900 for the primary, same for the General -- presuming that the candidate advances to the General. Cawthorn didn't. Under the law he must refund those funds designated for the General:

Must.  You can't wait for someone to file a formal complaint. Within 60 days (deadline for Cathorn was up last Saturday, July 16), he was required to refund the $220K. Evidently, he didn't, and the campaign is already liable for being a week late (as of yesterday, July 22) filing the quarterly FEC report.

And yes, I do note that there are two other lawful outs in the FEC rule above -- "redesignation or reattribution," whatever those words mean, which I scarcely understand and refuse to take time for right now. You can count on Cawthorn's most ardent supporters to forgive the debt (though I don't see where "forgiveness" is allowed by law. Incidentally, does it seem to you that the FEC's double-max-out rule is a pretty open temptation for candidates to rob their own banks?)

Never mind the FEC. Back to Cawthorn:

This person [the Sollenberger source] pointed to a spree of frivolous charges over the last year that all accelerated into 2022, such as $1,500 in “egregiously” frequent trips to Chick-Fil-A, almost $3,000 at a place called Papa’s Beer, three separate charges at a high-end cigar shop, $21,000 for lodging in Florida and—the biggest drain—hundreds of thousands of dollars in sky-high consulting and fundraising fees, including for Cawthorn’s friend and campaign manager, Blake Harp, who was drawing a salary beyond federal limits....

The campaign also failed to pay several vendors on time, according to two people with direct knowledge of the agreements. [2nd Sollenberger source!]

Cawthorn knew the law and willingly crossed the line:

Cawthorn couldn’t raise money to offset this burn rate, which was so high that, by May 5 [2022], the campaign had just 2 percent of the $3.7 million it had raised since January 2021. In truth, the source said, the campaign had been forced to tap its general election account months ago.

The 60-day clock for refunds began the day Cawthorn lost his primary. It ended over a week ago on July 16.

Also on July 16, Cawthorn's treasurer, who could also under law be liable for the money, resigned and Cawthorn actually designated himself as his own treasurer (didn't know that was legal!) and as his own "custodian of records" (FEC document).

That's some pinch hit. Lordy, the crack that Madison's ass is caught in.

2. The inside staffer spilling beans to Roger Sollenberger is most likely the hired treasurer who resigned last Saturday. Hence, the highly specific sums reported in the article.

3. The maddest people owed money will be the vendors, the consultants, the operatives who haven't been paid.

4. The FEC can presumably go after Cawthorn's private millions to pay off the debt. The campaign treasurer can also be liable -- another reason for his resignation? He/she was a hired hand, not an insider, not a personal friend, with no particular loyalty to a man who acted like a boy.

5. The obvious fix would be a high concept fundraiser with star power -- "Help Madison Cawthorn Survive the Leftist Assault!!" Such "Help Retire the Debt" fundraisers also have to operate under strict FEC regs.

Posted by J.W. Williamson at 7/24/2022 10:22:00 AM
Email ThisBlogThis!Share to TwitterShare to FacebookShare to Pinterest
Labels: Madison Cawthorn

You shouldn't be concerned with Cawthorn, he is on his way out. Good riddance. Same with Burr.

Burr could have been replaced with a rubber squeak toy for his term in Congress and no one would have noticed.

I wouldn't worry about Tillis, he's on YOUR side.

Foxx needs to go; we need younger blood in Congress.

This is what should keep you up at night. About 8 years of relentless lefty lies, witch hunts and even impeachments and he still has more support than anyone else.

78.7% support over every other repub for Praz. And from students no less.

And their disapproval of Washington Republicans was at 92.7%, which is lower than mine.