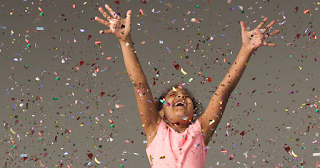 We conclude that claims asserting that congressional and state legislative districting plans enacted by the General Assembly are unlawful partisan gerrymanders that violate the free elections clause, the equal protection clause, the free speech clause, and the freedom of assembly clause of the Declaration of Rights in article I, sections 10, 19, 14, and 12, respectively, of the North Carolina Constitution are, consistent with the text and structure of our State's constitution and our system of separation of powers, justiciable in North Carolina courts.

The order came late yesterday. I first leaned of it in a tweet from Attorney General Josh Stein just before 6 pm:

BREAKING: Fantastic news for voters and the health of our democracy -- the NC Supreme Court just struck down the legislative and congressional maps as an unconstitutional partisan gerrymander. The maps violate a voter's fundamental right to vote.

I didn't rush last night to write about it because I wanted to read the order first.
Some initial observations:

Corum v. Univ. of N.C. figures prominently in the very first paragraph. That case originated in Watauga County when AppState fired library dean Al Corum, and he successfully sued on the basis that his rights to free speech had been violated. "At issue was whether the professor had standing to bring a constitutional claim when there was no specific statute authorizing such a cause of action. In a groundbreaking 1992 decision, the North Carolina Supreme Court ruled in favor of the professor, holding that in the absence of an adequate state remedy, a person whose constitutional rights have been abridged has a direct claim against the State and its officials under the North Carolina Constitution" (Noteworthy Cases).

The Supremes accepted all the trial court's findings of facts, that all that "competent evidence" of an extreme partisan gerrymander stands. "Based on the trial courts factual findings, we conclude that the congressional and legislative maps enacted ... are unconstitutional beyond a reasonable doubt under the free elections clause, the equal protection clause, the free speech clause, and the freedom of assembly clause of the North Carolina Constitution."

"Achieving partisan advantage incommensurate with a political party's levelofstatewide voter support is neither a compelling nor a legitimate governmental interest."

The General Assembly (Republican majority -- them again?) must submit new maps for review on or before February 18 -- two weeks away.

All parties to this case are invited to submit their own maps. The high court will approve of new General Assembly maps or another submitted map by noon on February 23rd. In other words, what the Republicans do will be under strict review, and the Court won't hesitate to reject their product again.

Posted by J.W. Williamson at 2/05/2022 09:35:00 AM
Email ThisBlogThis!Share to TwitterShare to FacebookShare to Pinterest
Labels: N.C. Supreme Court, redistricting

If the court selects a redistricting map not submitted by the General Assembly they are usurping the legislatures constitutional power.