Another Republican Intends To Challenge Madison Cawthorn in the 2022 Primary

The entrance of Rod (Rodney) Honeycutt into the 11th CD 2022 Republican primary instantly raises the question: Will too many Republican challengers spoil The Upset? See, most if not all of the announced challengers are better qualified to do the job than Madison Cawthorn is doing, the job of government he's hired to do, but isn't, because he's much more interested in grandstanding for the Trumpist yahoos, while raising beaucoup bucks. Will too many credible adults in the race divide the opposition (other adult voters who have not lost their minds) and let Cawthorn squeak back into Washington?

It's a concern. We've seen it happen before, in both parties: Too many challengers divide the dissatisfied and allow the incumbent to waltz on. So we hope that Republicans in the 11th CD, at least those who want better representation, will coalesce around a single challenger.

That might be Army retired Col. Rod Honeycutt, who tries to strike a reasoned and adult profile on his campaign website -- in clear contrast to Cawthorn. Unfortunately, Honeycutt's announcement video (posted on the homepage of the website) offers zero in the way of personality, personal bio, view of the world -- any sense of an individual at all. Instead, we get the sound of Indian wardrums. Huh? To what purpose did some bright campaign functionary decide that was a good idea?

In his bio, Honeycutt is clearly drawing a contrast to Cawthorn, by emphasizing that he grew up poor and has had a good work ethic all his life -- things Cawthorn never experienced and could only read about (if he reads anything at all but his own press clippings). Honeycutt's most direct reproach to Cawthorn -- without mentioning his name -- is buried at the bottom of the page here: "I will not watch from the sidelines as inexperienced, self-promoting characters seek to further careers while the hard-working men and women of WNC suffer the consequences."

Honeycutt is a Republican, remember, so you've got to expect some of this: He thinks the government should force Twitter and Facebook to give Donald Trump back his platforms for spreading dangerous misinformation and silly conspiracy theories. Bad. But he also favors background checks for the purchase of firearms. He complains that Biden's stimulus checks and unemployment benefits have made workers lazy (!) but that giving Federal money to businesses because of the COVID turndown is just fine. That imbalance of economic concern tells me a great deal about Honeycutt's ingrained Republicanism -- landlords, yes; renters, no. He says he wants to protect the environment, but without any specificity.

His military achievement could propel Honeycutt into first place against Cawthorn. Plus he clearly isn't crazy and could have been much more extreme on his website about his political philosophy, to attract the voters who are still in love with Cawthorn's vaudeville show ("The Compleat Asshole"). Honeycutt builds a relatively moderate resume throughout and looks like he wouldn't be a continued embarrassment to the district. 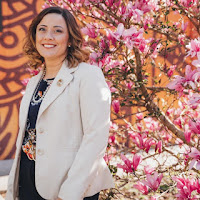 The first announced was Wendy Nevarez, a moderate Republican woman who at first glance doesn't "fit" the district that sent Madison Cawthorn to Congress. She's a Navy veteran, a professional, and she's gotten active on Twitter. She's pro-vaccination, which means she's no Trumpist. Most entertainingly, she doesn't mind spanking Cawthorn on his chubby bottom for being such a jerky kid: "Worry about doing your job better!" Bravely (for a Republican in the 11th CD), Nevarez slapped back at Cawthorn for his declaration that he was introducing legislation to abolish OSHA: "Have you ever opened one of their manuals?" she demanded. "No you haven’t. Politicizing the 100+ employee mandated vaccine/testing reqs doesn’t warrant gutting an entire admin. dedicated to protecting workers from unsafe work conditions since 1970!" A Republican defending a Federal regulatory agency! Good Lord.

Under most circumstances, Wendy Nevarez would make a good Southern Democrat. 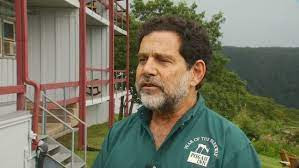 Bruce O'Connell, well-known operator for the Pisgah Inn on the Blue Ridge Parkway since the late 1970s. He was profiled extensively on WataugaWatch here.

At the time of that writing O'Connell had no on-line campaign presence. He's rectified that, but I haven't yet taken the time to delve into his presentation and how it might contrast with incumbent Cawthorn and with the other candidates. I'll get there eventually.