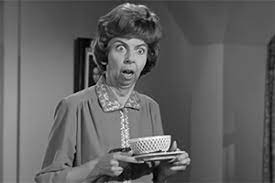 In the old Bewitched TV series (who's calling who "old"?), Gladys Kravitz was the nosy next door neighbor to Samantha and her daily witchcraft. Gladys was always convinced -- correctly -- that something odd was going on, but she could never convince her husband Abner nor alert the greater world. Now in Texas, as of September 1, 2021, she'd have a shot at collecting $10,000 for ratting out a woman's health clinic.

The US Supreme Court actually -- actually? -- looked at, perused? studied for themselves? (I hope they read it) the new "Texas Heartbeat Act" and said it was fine with them -- the deputizing of any and all citizens to inform on -- sue -- any provider or abetter of an abortion, if the woman's fetus had a detectable heartbeat at the time of the procedure (hearts-a-beatin' happen about six weeks after impregnation). That last provision simply ignores Supreme Court precedence, wiping out the first-trimester constitutional guarantee in one sentence. The state government stays out of it, doesn't knock angrily on clinic doors -- which the law's authors claim makes the law constitutional -- but allows and empowers self-regarding vigilantes to enforce the ban through economic harassment of doctors and nurses (et al.). 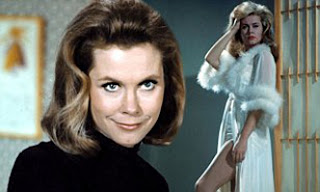 $10,000. That's the bounty, to be forfeited by defendants. In other words, Texas Senate Bill 8 sets up every avid pro-lifer with a new hobby. What about the woman who got the abortion? Oh, there's no penalty for her, except the embarrassment. Samatha gets away with it again.

This law can turn anti-abortion extremists -- the ones who try and do kill doctors -- into a kind of secret police, a Stasi for Christ. There's already an "inform on your neighbor" website, ProLifeWhistleBlower.com, which will gladly collect your accusations anonymously: "Use the links below to report anyone who is violating the Texas Heartbeat Act by aiding or abetting a post-heartbeat abortion. And report any person or entity that aids or abets (or that intends to aid or abet) an illegal abortion in Texas .... We will not follow up with or contact you."

It takes mental wipes with super-strong fibers to accept that five conservative justices on our Supreme Court read that language and thought it was constitutional. We are truly in a dark place, America.

But ... potential blue skies here! -- the Republican hardliners in Texas may have just scrambled the 2022 elections in a tasty way by inserting an issue that benefits Democrats. Texas-style gun fight over the privacy of women's health decisions is not a good look for you, Republicans. If other states follow the Texas model, or if the Supremes actually do overturn Roe with the Mississippi case they'll hear this fall, the fact is that Republican candidates in states other than Texas are already distancing themselves from the Texas crazies. Larry Elder, the talk-show conservative who wants to replace Gavin Newsom as governor of California, didn't want to talk about it: “This is not anything that’s on my priority list.” And that Republican dude running for governor of Virginia this year -- he's on the record as officially gun-shy about raising abortion as a campaign issue. The potential of the Bounty Act to galvanize suburban white women, and young white women, to vote against every Republican in sight -- why, I think that potential for serious backlash has got to be real.

The Republicans have been brazenly rebranding themselves ever since Donald Trump rose like a tumor to take over the party, and why wouldn't they show the depths of their extremism in this very way?

Posted by J.W. Williamson at 9/03/2021 10:39:00 AM
Email ThisBlogThis!Share to TwitterShare to FacebookShare to Pinterest
Labels: abortion rights, anti-abortion activists, Texas

Which arguments might resonate best with 2022 voters? Vigilante justice and coming Sharia? A woman's rights to control her body? Don't mess with settled law (Roe) with which a majority of voters support?

Does a woman's right to control her body include refusing Covid vaccinations?