Could Another Republican Defeat Madison Cawthorn?

Short answer: yes, in the 2022 Republican primary. Long answer: also probably yes, and maybe only another Republican, because the 11th CD of North Carolina ain't conducive to a Democratic victory. Things change, of course, but still. 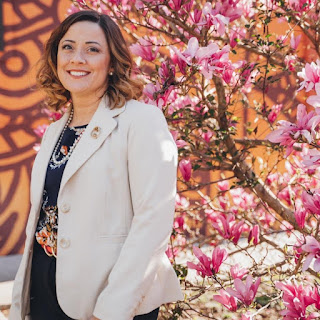 Thing is, another Republican, yes, but probably not the one who has now declared she's running against Cawthorn in 2022. Cory Vaillancourt profiled her yesterday in the Smoky Mountain News:

Nevarez’s profile on Linkedin says she holds a master’s in public administration and that she is a claims specialist for the Social Security Administration.

Her personal Facebook page says she’s a Western Carolina University graduate and had been an E-6 in the United States Navy from 2001 through 2017.

Voter records show Nevarez voted in Pasquotank County from 2008 through 2012, and in Buncombe County thereafter. She pulled Republican ballots in each of those Primary Elections, except in 2020, when she chose a Democratic ballot.

A Federal Elections Commission search revealed that Nevarez established a campaign committee on April 7, but little else....

I don't see Nevarez motivating the Republican primary voters in the 11th District to kick out the polarizing Cawthorn. She looks like a moderate Republican woman, not someone who fits the conservative politics of that district (except maybe for Asheville itself).
Posted by J.W. Williamson at 4/10/2021 07:28:00 AM
Email ThisBlogThis!Share to TwitterShare to FacebookShare to Pinterest
Labels: Madison Cawthorn, Wendy Nevarez