Pat McCrory Announces for the US Senate; Twitter Chortles

Sara Pequeno: Pat McCrory give it up babe 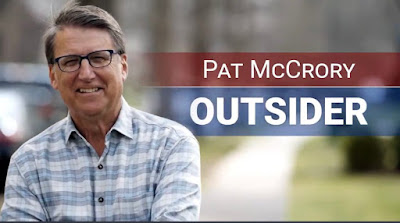 Dustin Ingalls: Time for @bullydoc to resurrect Puppet Pat. #ncpol #ncsen:
Brian Kennedy II: Pat McCrory was a terrible governor who was more interested in virtue signaling than governing. I'd be surprised if he's actually interested in being a US Senator; this is more likely an effort to get national attention and become the next rush limbaugh.
Paula A. Wolf: With Pat McCrory’s announcement this morning and this [Lt. Gov. Mark Robinson also reportedly considering the Senate race], there should be a study of the male ego and lack of self awareness necessary to declare for a job for which one has no qualifications.
Kate Frauenfelder: “N.C. Democratic Party chair Bobbie Richardson said in a statement. ‘We have some free advice — don’t quit your day job, Pat." #ncsen #ncpol
Stewart Boss: new R poll shows failed loser Pat McCrory trailing Lara Trump AND LG Mark Robinson in a hypothetical GOP primary, neck & neck with fellow losing gov candidate Dan Forest #NCSen #ncpol
Matthew Chapman: Pat McCrory is fantastically unpopular with the general electorate and ran four points behind Trump to a loss in 2016. Democrats would love to see him get the nomination.
Kevin Siers: New cartoon — Pat McCrory to run for the Senate, forgetting perhaps why he no longer held office in the first place. . . https://charlotteobserver.com/article250671159.html 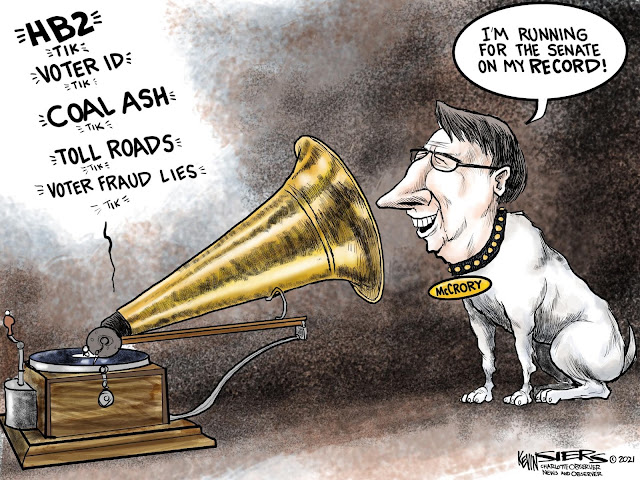 Posted by J.W. Williamson at 4/15/2021 08:43:00 AM
Email ThisBlogThis!Share to TwitterShare to FacebookShare to Pinterest
Labels: Pat McCrory