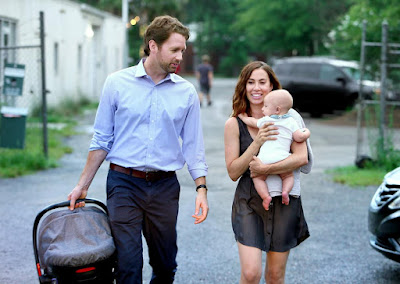 In 2018, I was enthusiastic about Democrat Joe Cunningham, running in the 1st CD of South Carolina, which includes the bluish city of Charleston. Naturally, because I promoted him on this obscure North Carolina blog, he won that race, and not so wonderfully (but understandable, after all, ... because South Carolina) he aligned as a Blue Dog in Congress (and I am capable of capacious forgiveness when the majority is at stake).

Also, naturally, because South Carolina, and because of the surge in toxic Trumpism in 2020, Cunningham promptly lost his seat last November (by 1 measly percentage point). I mourned that loss along with several others I had cheered on in 2018.

Now Cunningham has declared his candidacy for governor of South Carolina next year. On Twitter someone who knows South Carolina better than I said, "Yes, Joe Cunningham will be a good candidate, and no, he can't win." I'm familiar with that let's-kill-our-chickens-before-they-hatch defensiveness on the part of Southern Democrats who are all too accustomed to useless gestures and doomed races, but I don't hazard any prognostications. Cunningham won his seat in Congress in an off year, and 2022 will be an off year again, so who knows. (The Shadow knows!)

“I think the test of a true leader is whether or not you’ll be honest with people about the real challenges facing our state and have the backbone to actually fix them,” Cunningham said in an exclusive interview with The Post and Courier on April 25. Current Governor Henry McMaster "failed that test, but I won’t.” One of the ways McMaster failed was in his cavalier disregard for the COVID pandemic, which cost lives.
“I’ve been thinking about what kind of future I want my son and other children and grandchildren to have here in this state,” Cunningham said. “I love this state and I will make sure that we’re living up to our God-given potential.”
Posted by J.W. Williamson at 4/26/2021 08:20:00 AM
Email ThisBlogThis!Share to TwitterShare to FacebookShare to Pinterest
Labels: Joe Cunningham, South Carolina