The Case Against the Watauga County Commission 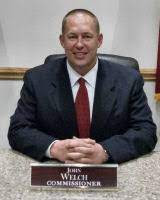 On April 16, 2013, the Republican majority on the Watauga County Commission -- Chair Nathan Miller and members David Blust and Perry Yates -- voted to redistribute county sales tax revenues on an ad valorum basis (based on the values of homes in the towns of the county) rather than on the previous basis of population (based on the numbers of people actually living in those towns), a move meant to punish the town of Boone for its stubbornness about zoning. Plus the Republican majority introduced a further ripple into their scheme, getting the governments of the wealthier towns to agree to "kick back" funds to county government to keep Watauga from hurting itself with the change. Democratic commissioners John Welch and Billy Kennedy voted "no."

Fast-forward five years, to 2018: The Town of Boone estimates that the punishment the Republican commissioners dished that April night in 2013 has amounted to a total loss of some $10 million in revenue for the town, about $2 million per annum.

Here's the thing: The Town of Boone collects between 60 and 70 percent of all the sales taxes collected in Watauga County. By 2020 under the method of distribution that Nathan Miller et al. engineered, the town of Boone only receives 12.29 percent of sales tax revenues.

Here's the other thing: By December 2020, Nathan Miller, David Blust, and Perry Yates were all gone from the commission. All five seats belonged to Democrats, none of whom show any inclination for righting an historic wrong.

Before he voted "no" in April 2013, John Welch made an impassioned speech about the revenge Miller et al. were poised to take against Boone:

“The main issue I have is, obviously, the lack of transparency and openness. To be honest, we’ve heard the threat of the sales tax change for however long here, but for me an issue that touches every taxpayer in this county should be done in the open, transparently with input with the towns in a joint meeting,” Welch said. “If there is an issue with the sales tax, by all means lets have an open and honest discussion, but I can’t be a part of a process that brings personal and professional vendettas that will not only hurt 17,000 county residents within the Town of Boone, but also county residents that own a business in the Town of Boone, does business in the Town of Boone, without having an open and honest discussion.”

Here's the final thing: Arguably, statistically, the five Democrats on the Watauga County Commission owe their elections to the voters in the Town of Boone. Yet, the Democratic majority -- who retook control of the commission after the election of 2016, and they have to -- under state law -- reaffirm every April in its budgeting process the method of distributing sales taxes passed by Miller et al. There hasn't seemed to be much hesitation in maintaining a system of civic malfeasance that has hurt Boone's ability to maintain its infrastructure, keep qualified staff, and expand its programs.

Frustration with the commission's inertia led the Boone Town Council to sue for injunctive relief in February of 2020, which caused the Democrats on the commission to hunch their shoulders and go silent. That suit was summarily thrown out last month by Superior Court Judge Gary Gurganus, ruling that Boone doesn't have standing to sue. Whaaa? I certainly hope and trust that Boone will appeal.

I write this as a progressive activist. I live in the town limits of Boone and have admired all of our commission members. I worked to elect all of them. But I'm also feeling alienated from their continued willingness to continue a tax distribution policy that actually hurts their most loyal constituents.

It's odd that the issue has not been addressed by the Democratic commissioners, since there were questionable motives behind the original policy change. Certainly, other towns favored and still favor the ad valorem method, so I wonder whether Turnbow, from Blowing Rock, would want the change.

As a part time resident of Beech Mountain and a long time admirer of your blog I believe this issue is more complex than you make it out. The North Carolina Legislature has created a sales tax distribution scheme which has only two options. The first, population, was used by Watauga for years and resulted in a windfall for Boone at the expense of smaller resort Towns such as Beech Mountain, Blowing Rock, Sugar Mountain and Seven Devils. The change to ad valorem was an attempt to make the distribution more equitable, since the towns agreed to return a portion of the receipts to the County. Ultimately the only way to completely resolve the issue is a legislative fix which accounts for the unique problems of resort communities. I also question your assertion that Boone collects 60-70% of Watauga’s sales tax revenue, since the NC DOR has not published those numbers since 2009.