When Political Billboards Get Too Clever By Half


NC State Senator Erica D. Smith (Dist. 3 in the lowlands), one of at least three declared Democratic candidates who'll be in the 2020 primary to take on incumbent Republican US Senator Thom Tillis, is trying to make campaign hay ($$) out of this billboard that recently went up in Raleigh. 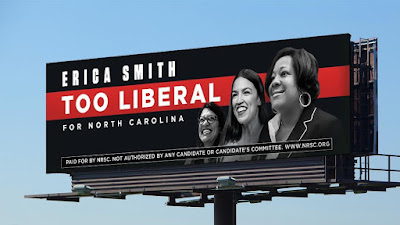 It's a curious message, psychologically elevating Smith to frontrunner status when she is a distant challenger to frontrunner Cal Cunningham, who has raised almost 3-quarters of a mil to her $85,000. Turns out that this billboard -- and several others just like it that are popping up in other states -- is a psychological ploy to give a boost to a Democratic candidate that the Republicans would prefer to run against. 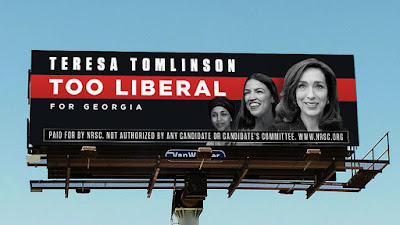 According to Nathan L. Gonzales in Roll Call, "Smith was eager to use the billboard as evidence that she’s the most feared challenger to Republican incumbent Thom Tillis .... But Republicans were targeting Smith because they believe she’s the weaker potential general election foe, not because they’re afraid of her." Ouch.

And she took the bait, bragging about her fearsomeness on her Twitter feed.

'Course, when Cal Cunningham wins the primary, they'll use that same billboard message against him. Because that's as far as their imagination goes.