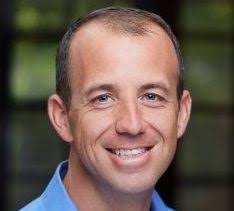 Yesterday Governor Roy Cooper appointed Damon Circosta, executive director of the charitable A.J. Fletcher Foundation, to replace Bob Cordle on the North Carolina Board of Elections (SBOE). Circosta was officially an unaffiliated voter when Cooper previously appointed him in March 2018 to the 9-member SBOE, a board that was later dissolved because of legal action. Circosta changed his political affiliation to Democrat to be appointed yesterday.

Cue the Republican outrage. Sen. Ralph Hise, who knows plenty about partisan power grabs, whined that Cooper chose “power politics” over legitimacy and fairness by not appointing someone all parties respect. “Governor Cooper isn’t even pretending that he cares about good government. By appointing Damon Circosta to the Board today as the tie-breaking Democrat, he’s admitting that his previous appointment of Circosta as an ‘unaffiliated’ member was a sham.”

Circosta is a lawyer. Previously, he led the North Carolina Center for Voter Education, an organization dedicated to improving the electoral process. He serves as a professor at the Sanford School of Public Policy at Duke University.

With the SBOE back at full membership, they will have to meet and elect a chair. Then on August 23rd, they will be voting on member Stella Anderson's motion to amend the certification process for electronic voting machines in the state.

Posted by J.W. Williamson at 8/08/2019 07:53:00 AM
Email ThisBlogThis!Share to TwitterShare to FacebookShare to Pinterest
Labels: Damon Circosta, North Carolina Board of Elections, Ralph Hise, Stella Anderson