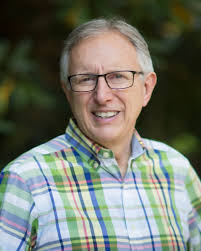 This opening sentence in Colin Campbell's report from this morning's News and Observer says all you need to know about the Republican tyranny running the General Assembly in Raleigh: "Rep. Ray Russell, D-Watauga, has been told to vacate his office on the sixth floor of the Legislative Office Building (LOB) and move to a closet-like space that until recently housed a copy machine."

Speaker Tim Moore, R-Pettyville, claims Russell's office is needed for 25-year-old Jake Johnson, who is replacing Rep. Cody Henson, R-Transylvania, who resigned last week after pleading guilty to cyberstalking his wife. "It’s unclear why Johnson wouldn’t use Henson’s former office on the LOB’s fifth floor, a space that was empty as of Thursday."

Ray Russell believes the move is pay-back for Russell's offering an amendment "to delete a provision in a bill that praises the UNC Board of Governors for allowing Advanced Placement test scores of 3 to count for college credit. Russell, an Appalachian State professor, spoke against the board’s decision; his amendment ultimately failed."

The shabby treatment of Russell is merely a reverse metric of how esteemed Russell currently is in his home district.

We are lucky to have Ray, finally someone who works to represent the people of this district. Tim Moore should focus on passing a budget and less on petty revenge tactics.

It'd be a shame if Ray had to have meetings with constituents in the hallway outside Berger or Moore's office on a regular basis since he wouldn't have room to do so in his own office...