Primarily Speaking, It Could Get Rough for Long-Time Democratic Office-Holders in 2020


I first read about Lindsey Boylan, Democratic candidate running in the New York 10th Congressional District, yesterday morning. She's one of several insurgent Democrats that the Washington Post gave some ink to. Then late yesterday, a video of hers showed up in my Twitter feed. I reposted that video here (see down-column), so astonished was I by the fire leaping out of her eyes.

Lindsey Boylan is a first time candidate though she's spent her adult life in public service -- first as an assistant to a city planner, then years managing operations and business development for the 10-acre Bryant Park "and several other major public spaces in the city." She took a detour through the Columbia Business School and worked in nailing down municipal finance for urban centers across the country, and then joined New York State's economic development arm and rose to chief of staff, directly overseeing regional economic development for all of New York State.

Seems like a pistol all her life. Meanwhile, amidst that drive and accomplishment, she had time to make a family -- husband and baby girl. She's got moral clarity, no lie.

(NOTE ON HER VIDEO PRESENCE: Boylan is arresting enough to pull off old-fashioned "talking head" messages, which have been increasingly replaced by flashy storytelling with lots of visual variety and surprises. I've become a connoisseur of candidate videos.)

I'm following her. She's the kind of Democratic candidate I want to see, the kind that Trump's America has inspired to stand up and make a declaration. Plus she's raising money like crazy -- already a quarter of a mil -- and she convinced Hillary Clinton campaign veteran (for digital media) Peter Daou to join her campaign. 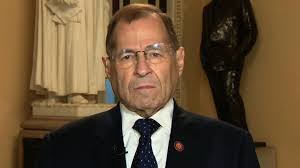 She's running in the April 28th, 2020, Democratic primary against Democratic incumbent Jerry Nadler. Ouch. Nadler's an institution himself, currently chair of the powerful Judiciary Committee who'll preside over impeachment inquiries if it ever comes to that. If it ever comes. The fact that it hasn't come to that and with Nadler being so generously deferential to Nancy Pelosi (though he personally favors impeachment, they say) -- the dithering motivated Boylan and gave her race a not-so-subtle undertone of fury. She's the first credible primary contender Nadler has had in many years.

Nadler's been a Democratic lion of the house, and under normal circumstances we would regret seeing him taken out. These are not normal circumstances. Boylan's chances of doing the previously unthinkable seem pretty strong ... except there are also two other Democratic women already running, and a divided vote among Nadler's opposition will mean Nadler can hang on to his seat. The other two women -- Amanda Frankel and Holly Lynch -- have raised much less money, though I know nothing about their biographies and their potential to split significant votes with Boylan.