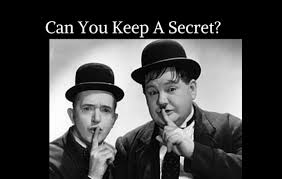 They kept it hidden as long as possible, and now they intend to rush it through committee hearings and to a floor vote before everybody catches on to what's in those 400 pages. None of them will appear on camera to talk about it or answer questions, which is a dead give-away of just how bad it is.

No one's talking about Paul Ryan's health insurance overhaul except, of course, the man absolutely guaranteed not to have read one word of it -- Rollerball Trump, who obliged Ryan this morning by tweeting praise for something he's ignorant about. ("Who knew health care was so complicated?!")

Another dead give-away: Republicans offered no estimate of cost nor any estimate of how many people will lose or gain health insurance, because ... because the Congressional Budget Office (CBO), the strictly non-partisan tribe of bean-counters on the Hill, has not "scored" the bill for its costs or for its unintended by-products. And get this: Paul Ryan & Co. intend to push the whole mess through the House without those CBO estimates.

There's only one reason for keeping everyone ignorant, and you know what it is. Actually, maybe you don't. Paul Ryan is keeping the costs under wraps as a guard against his right wing -- people like Virginia Foxx and Mark Meadows of North Carolina, who don't like spending a thin penny on poor people. Meadows, who leads the conservative Freedom Caucus, has warned Ryan that anything but "a clean repeal" will not pass. We don't want no "Obamacare Lite," Meadows growled on the Fox News website.

The Ryan bill -- oh, let's go ahead and call it Obamacare Lite -- actually keeps federal subsidies via a backdoor, by granting the states that expanded Medicaid coverage $100 billion over nine years to subsidize the Medicaid poor. States that didn't expand Medicaid -- like North Carolina dumb -- get far less, mainly some piddling money to shore up rural hospitals that are already hurting because of NC dumbness.)

But let 'em pass it. The political fall-out has already started, and 2018 general elections are not that far off. Meanwhile, on the other side of the Capitol, the Senate is waiting:


On Monday, four Republican senators — Rob Portman of Ohio, Shelley Moore Capito of West Virginia, Cory Gardner of Colorado and Lisa Murkowski of Alaska — signed a letter saying a House draft that they had reviewed did not adequately protect people in states like theirs that have expanded Medicaid under the Affordable Care Act. [Reporting of Robert Pear and Thomas Kaplan]