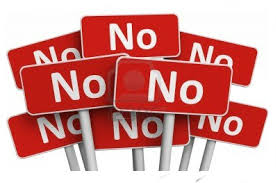 So with huge Republican majorities in both houses of Congress, Trump blames Democrats for the massive belly-flop his Trump-Ryancare bill suffered yesterday.

The man learns nothing.

Meanwhile, it takes a Republican member of Congress to put his finger on exactly the psychological condition that makes this bunch so lame at governing:


“We have to do some soul-searching internally to determine whether or not we are even capable of functioning as a governing body,” said Representative Kevin Cramer, Republican of North Dakota. “If ‘no’ is your goal, it’s the easiest goal in the world to reach.” ("In Major Defeat for Trump, Push To Repeal Health Law Fails")

With the huge Republican majorities in both houses of Congress (and with a Republican in the White House) it seems that the Democrats are the ones who learn nothing.

Anon 7:12 should have stayed in bed instead of posting such a lame partisan TP that does not at all fit the facts of what happened, to say nothing about 3 senate votes not being a huge majority.

I was using JW's own words.

And the facts are:

Trump is in the White House.

Republican majorities are in both houses of Congress.

A conservative Supreme Court nominee who will be confirmed.

And the loss of over 1,000 elected positions in state governments.

Keep thinking the way you are anon 2:21, and you will lose even more.

How about winning in 4 consecutive election cycles? Does that mean anything?

It means diminishing power for the left.