Will There Be Dessert? 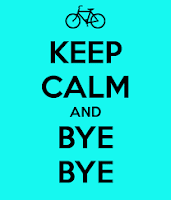 Thanks, Raleigh News&Observer, for the concise list (below) of General Assembly members who definitely won't be back in 2017. It's heavy with heavy-hitting Republicans. At the same link, the N&O's Corey Lowenstein profiles some of the most influential who are retiring this year.

Both the vacated Republican and Democratic seats are considered "safe" for whichever party currently reigns. Extreme gerrymandering of districts has engineered it, so nobody predicts seat turn-overs in November. (Turn-overs, incidentally, are excellent desserts, and occasionally they're done early.)