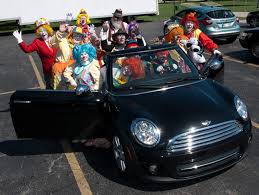 You may be forgiven for not remembering -- who can keep up with the power-trip nuttery coming out of Raleigh? -- that the Republicans in the General Assembly redistricted Wake County commission districts in an attempt to make them more winnable by Republican candidates.

News just came over the wire that the U.S. 4th Circuit Court of Appeals has ruled that redistricting unconstitutional.

The ruling "proves that the Assembly’s continued relentless aggression against municipalities across NC has now been proven to be unwarranted, unprovoked, and officially unconstitutional,"said Brian Fitzsimmons, chair of the Wake County Democratic Party.

We can't keep up any longer with how many laws enacted by the NC General Assembly since 2011 have been ruled unconstitutional. The number's high. The number should be an embarrassment. But this bunch is never embarrassed.

If Apocada succeeds in getting the Asheville City Council seats redistricted, that too will be ruled unconstitutional. But they never stop, they never pull back, they never apologize. They just steamroll ahead. Only this fall's election can stop them!

Applies to Wake School Board redistricting as well.