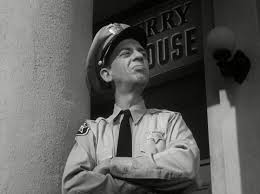 It's hard to act the Strong Man role when you're squishy, but Gov. McCrory is giving it a try.

He called the NBA's decision to move the 2017 All Star Game out of Charlotte because of HB2 "PC BS." That's pure #CheetoJesus talk, aimed squarely at the cheap seats. By Gawd, McCrory intends to play Trump, swaggering a little like the Tin Horn Wannabe but making sure to abbreviate the actual cuss word.

Can we now expect to see McCrory tweeting 140-character insults late at night?

McCrory also bounced on stage in advance of Trump's speaking gig in Winston-Salem last night and immediately "started acting like a flight attendant" (according to reporter Jenna Johnson): "All right, let's be safe now. We've got a big crowd, so if you need to leave suddenly, we've got exits this way, exits this way and exits this way," McCrory said, motioning straight ahead, to his right, and to his left.

What the hell? He was setting up a really fun-type joke, doncha know. He continued: "And if any of you need to use the restrooms ..." and he paused for the HIGH-larious HB2 joke to sink in.

That's the Trump persona: make fun of people who are already defenseless and stomp your macho stuff all over people who can't fight back. Only ... Squishy looks like an idiot trying it.

Posted by J.W. Williamson at 7/26/2016 08:18:00 AM
Email ThisBlogThis!Share to TwitterShare to FacebookShare to Pinterest
Labels: Donald Trump, homophobia, Pat McCrory