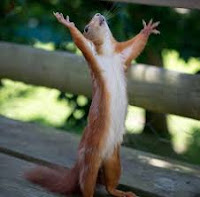 The Fourth Circuit Court of Appeals overturned the NC General Assembly's 2013 monster election law rewrites in their entirety, which includes voter photo ID, ruling that the entire law was done "with discriminatory intent."

Federal Judge Thomas Schroeder, who presided over the trial challenging the law last summer in Winston-Salem and who subsequently ruled that the whole rancid package looked perfectly constitutional to him, came in for some very pointed criticism: “In holding that the legislature did not enact the challenged provisions with discriminatory intent, the court  [Schroeder] seems to have missed the forest in carefully surveying the many trees. This failure of perspective led the court to ignore critical facts bearing on legislative intent, including the inextricable link between race and politics in North Carolina.”

The Fourth Circuit ruling prohibits North Carolina from requiring photo identification from voters in future elections, including the November 2016 general election, restores a week of early voting and preregistration for 16- and 17-year-olds, and ensures that same-day registration and out-of-precinct voting will remain in effect.

So you can mark this date in your diary: Republican voter suppression ended on this date in North Carolina -- at least temporarily but probably at least through this fall's general elections. Can we all say "Hallelujah!"

A judicial finding that NC Republican Legislators are in fact and deed racists!

I keep on waiting for someone to come up with a compilation of all the laws that the Republican-led Legislature has passed that have been ruled to be unconstitutional. I'm going to bet that it's a long, long, list.

Finally, Republicans are being recognized as the bigots and racist they are. The media has for too long danced around the truth. I hope this will at least begin to bring this reality out in the open.

Bob Ruchos' actions this week in Charlotte at the Clinton get together at Neighborhood Theater so clearly demonstrated the racist mindset of these folks.