“HB2 is not merely a solution to a non-existent problem; it is state-sanctioned discrimination that is inflicting immediate and significant harm on transgender individuals. That, along with the balance of equities and the public interest in preventing discrimination, support a preliminary injunction halting compliance with and implementation of HB2.”

Clock is ticking on the ultimate fate of the Republicans' newest attempt to legalize discrimination in North Carolina. Most rational people believe that it's a shortening time before the courts throw out this latest insult (in a long line) delivered by our Republican Overlords in Raleigh. 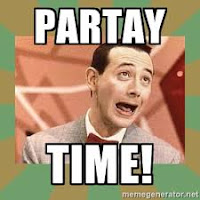 Meanwhile, because non-profit groups can actually rent portions of the governor's mansion, and the governor's office brags that it has never turned down any group, ProgressNC has rented the governor's house/garden next Wednesday evening for a "Garden Party Against Hate," at the same time that a certain weekly protest will be happening outside the mansion on Blount Street. The so-called "Air Horn Orchestra" has been peaceably gathering and obnoxiously blowing air horns, weekly, since the middle of April, with sometimes 100 protesters or more, doing what contrarian Americans have always done inventively in this blessed Republican of ours -- make lots of intrusive noise.

The longer HB2 remains the law of the land.... but you can do the math.

patrick (the other one) said...

Thank you so much for continuing to keep that light shining on HB2.

Here's my own attempt...
https://www.causes.com/campaigns/102263-help-repeal-north-carolinas-discriminatory-hb2-legislation#