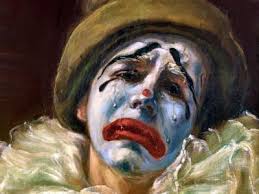 They adjourned sine die last night. Here's what they didn't do:

1. They didn't redistrict city commish races in Asheville, as Sen. Apodaca wanted -- presumably his parting stab-in-the-back for "sin city" as he retires from the General Assembly. Apodaca was the only Buncombe legislator favoring this supposedly "local bill," which under the rules (?) rendered it unpassable, though there were some willing to bend those rules. Redistricting for Asheville failed, and it failed because some of Apodaca's fellow Republicans found it an unethical power grab. Imagine that.

2. They didn't repeal HB2, that odious piece of crap that has made North Carolina about as attractive to economic development as a toxic waste dump. They repealed one small provision, the right to sue for wrongful termination in state court. Otherwise, the rest of that pile of right-wing dung is still in place and under the wrinkling nose of the rest of the nation.

3. They didn't pass the trio of constitutional amendments, including their version of TABOR (Taxpayer's Bill of Rights), which has caused such problems in Colorado.

4. They didn't pass "regulatory reform" bills that would have curtailed wind farms and the construction of solar farms.

5. They didn't pass "background checks" for public school employees which would have criminalized and stigmatized teachers who participate in acts of civil disobedience.

6. They didn't manage to redraw Wake County commish and school board districts following the decision by the Fourth Circuit, which means that the old districts remain in place, sans Republican power-grabbing.

Here's a fascinating blow-by-blow on the defeat of the Asheville redistricting bill: http://wcqs.org/post/how-house-derailed-apodacas-plan-asheville-districts#stream/0