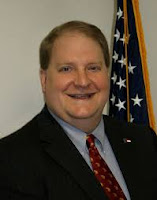 You know something's up when "Blogger" over at Watauga Conservative sez NC House Rep. Jonathan Jordan is in bed with the wrong people.

What's Jordan done? Introduced a bill (which has already passed the NC House) that will remove local municipalities from the approval process of big building projects. Jordan sez he wants to "level the playing field," which is Republican-speak for "unleash big developers from zoning restraints."

According to the Watauga Democrat, "Under the bill, developers can surpass boards of adjustments and choose that appeals of zoning and building decisions be heard by Superior Court or business court if they assert that an ordinance violates federal or state constitutional law, is preemptive or presents excessive authority, violates common law or statutory vested rights or constitutes a taking of property."

If they assert. Merely.

That language would force towns like Boone to defend development regs constantly in court, purely on the basis of an assertion by Mr. Big Businessman that his rights have been violated. Republicans of Jordan's particular stripe always believe that any limits, or hoops-to-jump-through, or hindrances to their plans, are insufferable violations of personal rights, so a lawyer of Jordan's stripe ought to get plenty of business from this law.

Jordan actually introduced H483, "Land Use Regulatory Changes," in April of 2015, and it passed the House that same month with little debate. It's moving through the NC Senate now. According to the League of Municipalities, the major harms in the bill are not insignificant, particularly the usurpation of local control:


Increased litigation and litigation costs would result from the bill because it allows individuals to skip a Board of Adjustment appeal and take cases directly to Superior Court for a new and full review; protections for neighboring property owners would be weakened by a number of provisions, including by eliminating an existing legal rule that discourages continuing development during an appeal; several changes to existing performance guarantee rules could leave local taxpayers to foot the bill if infrastructure fails, and leave purchasers in the development damaged should that occur.

Big Brother has a Big Belly for meddling and for seizing local power.

Posted by J.W. Williamson at 6/25/2016 08:46:00 AM
Email ThisBlogThis!Share to TwitterShare to FacebookShare to Pinterest
Labels: Jonathan Jordan, Town of Boone, zoning

Jonathan Jordan's bill would allow out-of-state polluters like Maymead the power to do whatever it wants in our county. Not sure why Jordan feels compelled to write this bill - clearly in Watauga, BOA does whatever the business wants, citizens and laws be d*****.

We need radical change in NCGA - please vote out anyone who thinks centralized control is the best. NCGOP's version of USSR's centralized government has no place in our county or our state.

I have often said that the whole concept of irony is lost on the GOP. Here's only one more example. Parading around as the party of limited government, the GA (super)majority, and their hypocritical tool Gov. McCrory, with the ideological underpinning of Art Pope and his ilk in ALEC, actually are completely under the spell of the fascist model of the corporate state. If you don't know what that is do a little reading in what happened to Italy under Mussolini.

I agree with all sentiments here and with Blogger over at the Watauga Conservative Blog.

Principles like "governance at the local level is better than at the State and Federal level" are easy and harder to adhere to when going against those principles benefit you. When you take a close look at Jordan's campaign finance reports from his recent primary you will find some big time developers from the Raleigh area having donated big time money to his campaign. I'm guessing introducing this bill will have them lined up with their check books again.

Lew Hendricks - Yes the Lew that ran against Jordan in the primary - Still consistently putting my name on every word I say.