Lies and the Lying Liar Who Tells Them 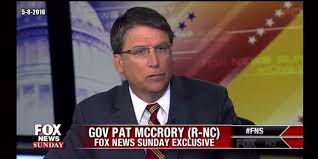 ProgressNC reminds us this morning that Gov. Squishy will have his first debate with Roy Cooper this evening in Charlotte. ProgressNC also reminds us of how The Guv lied his way through his last debate in 2012, particularly his promise that he would never, no nevah, sign additional restrictions on abortion into law. He promptly broke that promise, twice.

HB2 has produced a barrel full of McCrory lies, probably because he never understood the bill and didn't read it. The Washington Post awarded McCrory’s claims on HB2 with Three Pinocchios. Politifact graded five of McCrory’s HB2 claims as “Mostly False,” “Mostly False,” “False,” “False," and “Pants on Fire" (as in “Liar, liar”). And WRAL-TV of Raleigh flagged McCrory for a figurative “Moving violation” (worst grade offered) for his bogus claims on HB2.

IF you take the longer view, The Guv's battle with the truth is almost epic:

Greensboro News & Record: “McCrory is in danger of throwing away his credibility” (July 2013)

Posted by J.W. Williamson at 6/24/2016 08:20:00 AM
Email ThisBlogThis!Share to TwitterShare to FacebookShare to Pinterest
Labels: abortion rights, homophobia, Pat McCrory