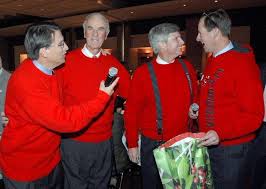 Nick Ochsner, who's an investigative reporter for WBTV's special unit, "On Your Side," has delved into the use of government aircraft for the jet-set lifestyle Governor McCrory has grown accustomed to.  (He worked in the corporate world at a high level, fur chrissakes. He knows the style and convenience to which he is manifestly entitled.)

What Ochsner and his team found hit the news last Wednesday and would seem to reveal McCrory perfectly. For him, the perks are way important (devil take the hind side of wrestling with anybody else's controversy):

"On Your Side Investigates" reviewed the two years of flight records and flagged any flight that could have been avoided had McCrory stayed in Raleigh: flights with no passengers, flights that carried McCrory’s staff but not the Governor either coming to pick him up or going back to Raleigh after leaving him in Charlotte, or flights that included the Governor but that would have been unnecessary had he stayed in Raleigh.

Our review found 125 flights that fit the criteria: 48 flights with no passengers, 49 flights on which at least one member of the Governor’s staff was aboard without him and 28 flights that included McCrory.

Side Note: Did the promised HB2 protest of McCrory's planned participation in a Blowing Rock parade cause him to cancel his appearance on Saturday, or was it the Ochsner report?

Posted by J.W. Williamson at 6/05/2016 09:28:00 AM
Email ThisBlogThis!Share to TwitterShare to FacebookShare to Pinterest
Labels: Pat McCrory

The gov. No longer travels with bodyguards ($ saved). He does ,however, travel with his personal proctologist.After all, Phil Berger could be up there somewhere!