At the State Board of Elections hearing yesterday in Raleigh, Montravius King of Elizabeth City State University won his case. He will be reinstalled on the ballot this fall. He won something for all students across the state (more below).

But in the Watauga County case, Appalachian State University students lost and were told to hoof it, if they wanted to vote early this fall in the Boone municipal elections.

Both those decisions by the NC State Board of Elections were served up with verbal scoldings of the Republican members of both the Pasquotank County and the Watauga County boards of elections. The hearing also should have established definitively for everyone in the state, and especially for boards of elections in counties with colleges, that college students – even college students in dormitories – are valid residents for the purposes of voting, if they meet the other qualifications of citizenship and age. In other words, the state Board of Elections shut down the voter disenfranchisement “project” of Pete Gilbert, chair of the Pasquotank County Republican Party, who was planning to take his crusade against college students on the road across the state.

Everyone in that room yesterday in Raleigh knew, under the Constitution, that the SBOE could NOT deny Montravius King the right to run for office, though two of the Republican members on the SBOE, Paul Foley and Rhonda Amoroso, appeared at first to be perfectly ready to deny him that right.

What we’re up against
Make no mistake. Don’t be naive: the North Carolina Board of Elections is a partisan arena, despite the piety they profess about being “quasi-judicial” and therefore somehow magically above politics.

Yesterday’s hearing on Montravius King could have just as easily gone the other way, except that the new Republican Chair, Joshua Howard, took control and clearly swayed the other two Republicans, Amoroso and Foley. Amoroso had begun that hearing suggesting aggressively that she hadn’t seen any real evidence that satisfied her that Montravius King was a resident of Elizabeth City, North Carolina. And Foley, who is the youngest member on the new board and who cannot resist smirking every time he opens his mouth, asked what he clearly thought was a “gotcha” question: If Montravius King did not have a car, whose car was he driving in that famous Rachel Maddow Show segment?

What that car had to do with King’s eligibility to run for office remained totally obscure.

But that was the level of relevance on which Foley and Amoroso started the hearing.

Then Republican Chair Howard lowered the boom on Pete Gilbert, the instigator of disenfranchisement in Pasquotank County: Did you really, seriously believe what you said, when you challenged Mr. King’s right to run for office, that “permanent residence” meant living in the same place for 365 days a year? asked Mr. Howard

The absurdity of that claim for “permanence” was self-evident to everyone in the room, even Mr. Gilbert, and even without the citation of Symm v. U.S. and Lloyd v. Babb, the U.S. Supreme and N.C. Supreme Court cases that have settled the law that college students who live in “temporary” housing like school dormitories are still residents for the purposes of voting.

The personalities we’ll all be dealing with for the next little while, until Pat McCrory loses reelection:

Paul J. Foley, new Republican SBOE member: Lawyer, associate in the law firm of Kilpatrick Townsend & Stockton in Forsyth County. Before his appointment by Gov. McCrory to the SBOE, he was general counsel to the NC Republican Party. He may feel that he earned the smirk on his face with this: “In addition to representing traditional business clients with regard to general corporate law issues, Mr. Foley regularly represents investment advisers, hedge funds, private equity funds, venture capital funds, mutual funds, funds of funds, institutional investors, broker-dealers, financial institutions and other entities with regard to complex federal and state securities regulatory matters. His practice covers the entire range of securities regulation .... Mr. Foley has assisted fund managers with fund offerings totaling in the billions of dollars.” Well, okay then.

His obsession with money came through in the Watauga hearing yesterday. Even though there was direct testimony from Watauga Elections Director Jane Anne Hodges that two Early Voting sites in Watauga would not cost any more money than one site would cost, he continued to say that he had cost concerns with an Early Voting site on the ASU campus.

Mr. Foley evidently feels fully justified in the partisanship of his decisions, since he believes that the Democrats were partisan first. That's the extent of his ethical compass. 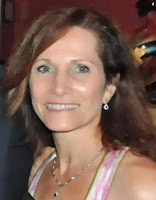 Rhonda K. Amoroso, new Republican SBOE member: A New York lawyer, transplanted to New Hanover County. She most recently served as chair of the New Hanover County Republican Party and as vice chair of the Republican executive committee in charge of "election operations." She describes herself as a “conservative” advocating for stricter voter I.D. laws and says that her interest in politics was “reignited” by the candidacy of Sarah Palin. That would put her in the Tea Party wing of the Republican Party and make her a nice complement to the Paul Foley “money” wing.

She has said that voters who use straight-ticket voting (now newly outlawed by the Republicans in the General Assembly) are “lazy.”

Joshua Howard, new Republican SBOE member and chair: Wake County lawyer. Judging from his performance yesterday, takes himself very seriously. According to a conservative blog, Howard “was a junior counsel in the Independent Counsel’s Office in Washington during the investigations of President Bill Clinton, including the inquiry into his affair with Monica Lewinsky. He also served at the Department of Justice and assisted in the confirmations of John Roberts and Samuel Alito to the U.S. Supreme Court.”

Those are all magical names, no?

Posted by J.W. Williamson at 9/04/2013 11:55:00 AM
Email ThisBlogThis!Share to TwitterShare to FacebookShare to Pinterest
Labels: Joshua Howard, North Carolina Board of Elections, Paul J. Foley, Rhonda K. Amoroso, Watauga County Board of Elections

Ya know, I never really thought much about the Board of Elections - I guess, like many people, that I had my head buried in the sand. The more I think about it, though, the more ridiculous I think it is that the people who are running the elections are so blatantly partisan - lawyers for the Republican Party and chairs of the Republican Party - how can they be impartial in how they carry out elections? And before some smartass comes on here and says "Well the Dems did it too," that's a pretty weak defense - it's really acknowledging that it's a bad thing, while blaming it on Democrats. It's wrong for ANY party officials to be involved in the administration of elections - it's almost an invitation for conflicts of interest. Kinda like how Katherine Harris in Florida, the chair of the Republican committee to elect Bush, was also responsible for certifying the election results in 2000. I don't know what the solution is, but there has to be something better we can do to ensure that our elections are fair. Any ideas?