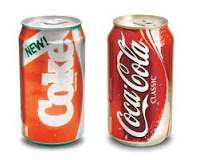 Secretary of Health and Human Services, Aldona Wos, has felt compelled to hire herself a "branding" director. Make that rebranding.

Aldona Wos is our dollar-a-year public servant and worth every penny of that dollar! She's one of those sterling appointees by our governor, made during an infrequent break from "stepping on toes."

Who did she hire to "rebrand" her dismantlement of health and human services in North Carolina? A political hack named Aaron Mullins, 38, who's making $68,000, which is almost $20,000 less than a 24-year-old former McCrory campaign staffer almost hired by Wos to pretend to be some sort of health-care "analyst." Mullins should ask for a raise. He's old enough to be that boy's father.

What's the re-brander's qualifications for the job? He once held Senator Elizabeth Dole's handbag, and he worked recently for former NC Republican Party Chair Tom Fetzer. So we guess he had high-powered references. And there's this: "Mullins also produced a glowing biographical video on Pat McCrory that was shown as part of the future GOP governor's 2012 election night victory celebration." He got $7,000 for that video and learned an important lesson: flattery is a pretty good career track.

He apparently has a whopping 150 Twitter followers, which, to dollar-a-year Aldona Wos, makes him an expert at social media.

Jerry Wayne-Need some context in your drivel.King's department was asked to cut budget by 30%. King did not like it. She encouraged the hygienists to go complain to the legislature in June.In meeting on Aug 19,King started presentation by disagreeing over the budget cuts and directed comments to Wos in an accusatory and unprofessional manner.They should have fired her at the end of meeting.
Elections have consequences. Get over it.

Yes, and it's unpatriotic to criticize anything in a democracy with which one disagrees. But apparently anon 2:29 is riveted enough by your "drivel" to continue reading it.

So now we're using taxpayer dollars to pay for the "branding" of government services? And we hire a lobbyist and pay him the very top of the salary range right from the get-go? Talk about wasteful government spending!

Not Really, are you talking about the Town of Boone?

"Elections have consequences. Get over it."

Conservatives just love to say this, don't they? Look, I can do it too: Barack Obama was elected President of the United States of America twice! Get over it! :-p