Why Are Local Newspapers An Endangered Species? 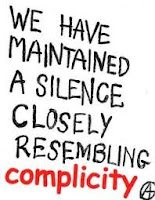 John Robinson says it's because they stay silent as our entire state is highjacked by an extremist agenda fueled by billionaire money.

Who is John Robinson? He spent 37 years in the newspaper business, 27 of them at the Greensboro News&Record. From 1999 to his retirement in 2011, he was editor of that newspaper. He knows a thing or two about the news business in North Carolina.

So when he writes that local county and city papers in the state "need to speak to their readers about what is happening in their state capital. And they need to do it with fist-pounding editorials on the front page, rather than carefully worded opinions on a page inside the paper," the ink-stained wretches everywhere ought to sit up and give heed.

Robinson accuses the Republicans in the NC General Assembly of "changing the culture and future of all of the state’s citizens. If that doesn’t call for front-page editorials, I don’t know what does."

What is the new Republican majority doing specifically that might demand a front-page editorial denouncing it?

* Restricting the opportunity to vote.

* Interfering with the operations of local governments.

* Taking the possibility of Sharia law in N.C. courts seriously.

* Mocking protesters and calling them names.

* And, of course, restricting access to abortions in a surprise move — surprise to opponents, but supporting organizations were invited to watch.

If local newspapers are going to be blind to the wholesale abduction of democracy -- and silent about it -- then perhaps they deserve to pass away as wholly irrelevant fish-wrap.

Let me get this right, Robinson blames a lack of liberal bais in editorials as the reason why local newspapers are going extinct?

I thought it common knowledge that newspapers were going out of business due to a decline in subscriptions - more readers prefer getting their news online.

And then there are blogs like this one, which serve as local "news" sources, though nothing here resembles the truth.

Count on liberals to ignore obvious economic factors when attempting to argue a point.

Why would the Watauga Democrat "speak out" when it is so obviously no more than a tool of the Rightwing and itself an advocate for the very people who are driving the lunacy in Raleigh.

unny, the right wing thinks the Democrat is a tool of the left. That might put it somewhere close to center.

Newspapers are losing money due to people reading news online, but in the past a great deal of their revenue came from classified ads, which have declined due to craigslist and other online services. As a result, they have to trim their reporting staff. Even many online news sources have done this. Heck, the High Country Press seems to have gotten rid of ALL their reporters - now, they just print press releases from various sources. Journalism has died a slow death.

Did HCP get rid of JW's favorite reporter Jesse?

Did HCP get rid of JW's favorite reporter Jesse?