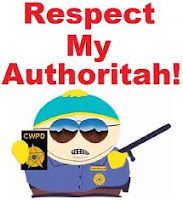 Rob Christensen's column yesterday in the Raleigh News&Observer is worth a read, if for no other reason than to reassure the targeted citizens of Boone that our little mountain town is not alone in being bullied by Raleigh (not to mention the Three Amigos on the Watauga County Commission).

Take the city of Sanford, NC. A bill was introduced by the new Republican majority in the NC General Assembly to turn municipal and school board elections in Sanford into partisan affairs, though none of the current office-holders there had asked for such action and none were consulted about the pending legislation. Mayor Cornelia Olive requested that at least a referendum be conducted to gather the opinions of Sanford residents on making their elections partisan contests. No, the General Assembly replied. Your elections must be partisan, and they will be partisan.

Tip of the iceberg.


• The Raleigh City Council and Democratic Gov. Bev Perdue worked out a lease deal, which included many community leaders who had been working for years to transfer the ground of the old Dorothea Dix mental hospital into a city park. The Senate Republicans said ‘Sorry, we don’t like the deal,’ and are currently in the process of blowing it up.

• For decades, Charlotte has run Charlotte Douglas International Airport. The legislature is now seizing control of the airport and setting up an independent regional authority. Raleigh knows best.

• Asheville’s water system is likely to be under the control of a Metropolitan Sewage district without compensation, despite protests from the city. Raleigh knows best.

• Consider the “Big Gulp” bill filed by three North Carolina lawmakers. They are seeking to block any North Carolina city or county from adopting a New York-style law banning the sale of sugary drinks larger than 16 ounces. Regardless of the merits of the issue, why is the legislature dictating to towns what laws it can pass regarding soft drinks? Raleigh knows best.

• Legislation has been introduced that would bar local communities from restricting proposed modifications and additions to cell phone towers. Raleigh knows best.

• A bill that stalled last year in the Senate would have restricted cities and counties from keeping guns out of their recreation facilities. The residents of Chapel Hill and Kinston could not possibly have more different views about this. Raleigh knows best.

• The legislature has moved to pre-empt local communities on a whole range of growth-related issues such as annexation, extraterritorial jurisdiction zoning and communities making homebuilders adhere to design standards.

The risk of criticism
All of these issues can be debated on their merits. But in every instance it is big-government conservatives in Raleigh dictating to local communities.

If someone questions the power of Raleigh over a local community, there is often blowback. As Sarah Ovaska of N.C. Policy Watch reported, Republican Rep. Mike Stone of Sanford became irritated when a local radio talk show criticized his effort to turn Sanford elections partisan.

It just won’t do to have anyone criticizing the wisdom of the central government. After all, Raleigh knows best.

Oh, the irony. Conservatives are always crowing about how "Washington" has no answers, unless THEY are in power and want to force their policies onto everyone. Same thing here in NC. When the Democrats were in control, Raleigh was evil and local control was sacred. Now, not so much. Can you imagine the outcry if Democrats had tried this? It would have been deafening.

Even your own examples show that Raleigh has limited the role of local government in favor of personal freedom. In these cases, Raleigh certainly does know best.

the point is....Democrats DIDN'T do this. This is a GOP, Koch brothers, Al Pope Government...of, by, and for the corporations, not the people, not the locals.