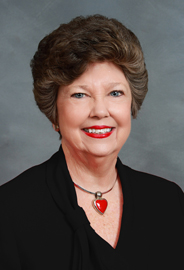 Rep. Pat Hurley of Asheboro has managed to ride her hobby horse right over everyone in the NC General Assembly, leaving hoof-marks where common sense might have grown, with a little watering.

Rep. Pat Hurley is getting mandatory cursive hand-writing installed into all North Carolina public school curricula, because writing in which all letters are joined in a continuous stream of ink is apparently more American, and everything else is subversive of motherhood and bubble-headed hairstyles. And why is she doing this? Because she was offended when some 4th graders wrote her thank-you notes by printing out their words. How dare they!

Rep. Pat Hurley said a bunch of stupid, uninformed, wrong, and poorly sourced shit in sworn testimony before the NC House Education Committee in order to convince The Honorables that this law is important to the future of the state. Her "expert sources" on why cursive writing is vastly superior to other forms of writing have been debunked. But just making stuff up is nothing new in this General Assembly.

And this brings jobs to NC how?

Actually, I'd be happy if they would stick with bs like this than pursue their anti-minority, anti-democratic, anti-environment, anti-education, anti-city,anti-land use control, pro-pollution, pro-mountain-top removal, pro-voter suppression, pro-corporate everything agenda. When the likes of the unethical and conflicted and compromised Dan Soucek is appointed chair of the Senate Ethics Committee, you know you're in trouble. (Although this ought to reassure our local group of conflicted and unethical GOP "leaders" that hey have friends in high places so they have nothing to worry about)