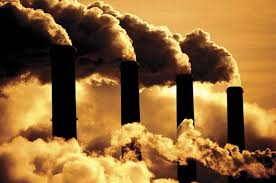 Senate Bill 3, passed back in the General Assembly's salad days of 2007, established requirements for utility companies to acquire a growing percentage of their power from renewable sources (a "growing percentage" which is still a tiny fraction of the generated power). Senate Bill 3 made North Carolina the first state in the Southeast to adopt a Renewable Energy Portfolio Standard.

The New Republican Radicals hate renewable energy and are busy repealing Senate Bill 3. Yesterday, in a NC House Commerce subcommittee, the repeal was approved on a 11-10 vote which was not -- surprise! -- totally party-line. Rep. Ruth Samuelson of Mecklenburg and Rep. Tom Murry of Wake County broke with their Republican brethren and voted against the repeal.

This came after two hours of testimony from a coalition of environmentalists and hog farmers (hog farmers!) and solar developers and small farmers who have experienced economic development opportunities because of Senate Bill 3.

Renewable energy -- and the 2007 initiative that mandates that the big power companies buy it from producers -- has meant real economic benefits for particularly rural counties in North Carolina. But that means jobs, and this General Assembly is much more interested in privatizing education, declaring a state religion, and preventing college students from voting.
Posted by J.W. Williamson at 4/04/2013 10:21:00 AM
Email ThisBlogThis!Share to TwitterShare to FacebookShare to Pinterest
Labels: North Carolina General Assembly, Ruth Samuelson, sustainable energy, Tom Murry

don't forget stealing our water. keep"beating your spoon against the high chair". you are one of the extremely few "voices in the wilderness" that sees these "wrascaly wrabbits"for what they are. thank you.