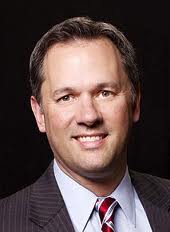 Our uninformed Lieutenant Governor Dan Forest, who evidently has little gray matter to impede the passage of facts in one ear and out the other, has written an op-ed in the Charlotte Observer that attempts to "prove" voter fraud in our state because, of the 56,000 provisional ballots case in his race last year state-wide, some 28,000 of those ballots were not counted.

Mr. Forest evidently doesn't understand the purpose of provisional ballots nor how they are ultimately counted/not counted

I was astonished to read in Friday's editorial page the article by Lt Gov Dan Forest claiming that provisional ballots proved the presence of widespread voter fraud in North Carolina, with a photo ID law needed as a remedy. I can not and do not speak for my county Board of Elections, but as a Watauga County precinct judge over two decades, I can tell you that this is flatly untrue.

Provisional balloting is not about voter identity. These are ballots cast by voters who do not appear on a precinct's election rolls on election day. The reasons are numerous. The voter may be in the right county but the wrong precinct. He may not have voted in over ten years, and been dropped from the rolls as inactive. She may have an unrecorded move. He may be from out of the county or even out of the state, but it's Election Day, and he just wants to vote. She may have thought she registered at DMV when she got her license, but it doesn't show up on the BOE records. He may be an ex-felon, who neglected to petition to have his voting rights restored. As precinct judges, our job is not to deny people the right to vote. That's above our pay grade. We let them vote with a provisional ballot, which is later reviewed by the BOE for validity.

It is true that about half of provisional ballots are determined to have been cast by ineligible voters, and not counted. But these voters are guilty of no fraud or criminality. They took the time to fill out an extra form, with an explanation for why they thought their vote should count. They did this knowing their vote might still be rejected. These voters should be commended, not insulted. At least they tried.

When Mr. Forest says, "More than 28,000 ballots [of 56,000 provisionals cast] in my race were thrown out because the voters' existence couldn't be verified", and says, "is that not proof of fraud?", he shows a startling ignorance of our electoral system. These people "exist". Their identities are not in question. Just their eligibility as voters at a particular precinct on election day.

Perhaps a case can be made for a photo ID law which could disenfranchise thousands of otherwise eligible voters. But to base that case on provisional balloting is truly fraudulent.

Is Lt Gov Forest going to disallow the provisional ballots that counted to elect him? By his reasoning he should decline all those votes, too.

I was amused by the blatant racism shown in your attack on Caucasians in this thread. So much for the "superior" libeeral mind set.

"your attack on Caucasians". That's funny!

How so? are you so bigoted that you cannot understand any group can be the victim of prejudice and racial slander?

Danny isn't about to let facts and reason stand in the way of ideology!

Let's not forget that the fact that provisional ballots were evaluated, and many rejected, actually shows that our current system is working to prevent any fraud - even when unintentional on the part of the voter.

Granted, some of the ballots are cast with no intentional fraud, your reasoning is even less solid than Forest's. By painting with a broad brush you both condemn whites, wealthy, and those in favor of fair elections, and resort to illogical assumptions that preclude any thought of attempted fraud. Let's face it, it's been admitted that Sunday voting is blatantly a political use of the churches, provisional ballots are cast that would be considered fraudulent and are thus thrown out, absentee ballots are cast for people rather than by people. Sorry but we must hold a tight standard on voting. A single fraudulent vote is one fraudulent vote too many. Blatant racism isn't what's called for in this issue. Realistic voting protection measures are!