The Questions She Ducked 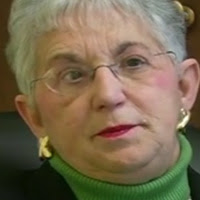 The Foxx "Facebook Friday" event perhaps proves nothing so much as this: you can fool some of the people all of the time.
She just couldn't quite find an answer on that keyboard in her staffer's hands for these pertinent
questions:

When will you resume town hall meetings in various locations in our district so people can express their concerns in a public forum?
Rep Foxx, where do you stand on restricting Congress members on using "insider information" for personal investments?? Thx
What is your justification for having signed the Grover Norquist pledge to NEVER raise taxes? This seems to be an ill-advised pledge. Remember that Reagan and Bush #1 promised never to raise taxes, but when necessity dictated, they were flexible enough to make prudent decisions. This pledge seems to put you and your fellow members of Congress in a non-negotiable position. Please explain ~ thank you.
As the Representative of the 5th District, you have stated you're against "government-run" health programs, where the government makes decisions on personal health (versus a for-profit company making those decisions). Since Medicare is a government-run health program, 1) why are you against it, and 2) why would the majority of the 5th District be against it?

Could anything speak louder than this "controlled," public-be-damned poor excuse for a congressional townhall meeting?
Posted by J.W. Williamson at 12/04/2011 12:28:00 PM
Email ThisBlogThis!Share to TwitterShare to FacebookShare to Pinterest
Labels: Virginia Foxx

Taxes should be CUT not raised, and the government reduced to a Constitutional level. So a pledge not to raise taxes in face of uncontrolled government is a responsible and moral decision.

Medicare is being gutted by Obamacare, so why don't you ask Obama about that?

The fact that the person used the word "Obamacare" proves to me that they know absolutely nothing about anything.

Tsk,tsk. Getting a little bit snippy are we?

Quite right, Thomas. They lost me at "government reduced to a Constitutional level", which tends to mean "government doing exactly what I personally think it should".

Does Madame Foxx ever meet with real people?

The constitution mandates the government to regulate commerce, promote the general welfare, establish justice, ensure domestic tranquility, provide for the common defense, and secure liberty among other things. Pretty broad mandate, it seems. I'm not seeing how a small government can accomplish all those things in a country as large and complex as ours.