Now It's a Political Story 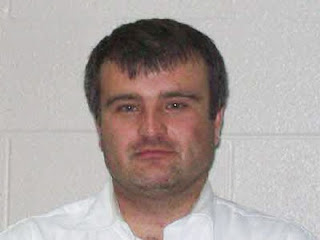 When Todd Poole, Congresswoman Virginia Foxx's Chief of Staff, was arrested a year ago (on Dec. 14) for drunk driving and was subsequently also charged with resisting an officer, I said nary a word on this blog about it because I saw it as a personal tragedy and not a political story.

But now that Mr. Poole has been given very special treatment in the disposition of his case -- and had the actual alcohol content of his blood that night forever sealed by the judge -- it has become perforce a political story.

The things you can get when you work for a powerful Congresswoman. Mr. Poole, on the night of arrest, apparently warned everyone within earshot that they didn't know the towering importance of the person they were dealing with, hauling him in to stand before a Watauga County magistrate. Todd took a belligerent, arrogant "don't-you-know-who-I-am?" aggressiveness with the officers of the law, and, well, turns out he was right.

He's somebody who gets special treatment from the legal system.

Scott Sexton delves pretty deeply into just how special that treatment was in his column in the Winston-Salem Journal.
Posted by J.W. Williamson at 12/18/2011 10:13:00 PM
Email ThisBlogThis!Share to TwitterShare to FacebookShare to Pinterest
Labels: Todd Poole, Virginia Foxx

The lesson here is: If you get into a real mess, make a total ass of yourself, and are beyond guilty you should retain Ton S. because he's the BEST!