Where Elevators Don't Go to the Top Floor 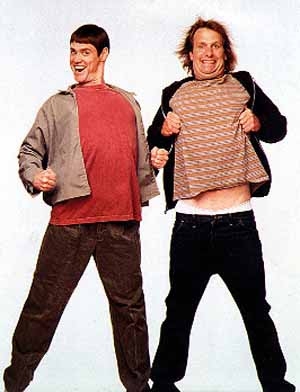 The unfortunate second primary between Elaine Marshall and Cal Cunningham will not be the most entertaining. That dubious honor will go to the second primary run-off between Republicans Machine Gun Tim D'Annunzio and Blown-Dry Harold Johnson down in the NC-8, for the privilege of running against Larry Kissell this fall.

D'Annunzio has put a million dollars of his own money into convincing the Republican base that he's the most extreme candidate that anyone could possibly imagine. He's apocalyptic in his theocracy. The only other Republican who has come close to his toxicity is Vernon Robinson of Winston-Salem.

His run-off opponent is nice-guy Harold Johnson, a former Charlotte sports newsman for WBTV, and the old-guard Republican establishment, terrified of D'Annunzio, is lining up behind Johnson.

In other words, this is a tea-partyer's wet dream, a contest between the establishment devil and the born-again saint of anti-government millenarianism.

And even Vernon ended up abandoning Tim's campaign shortly before the primary if that tells you anything about his candidacy...