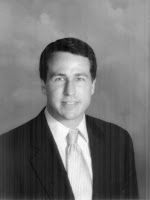 Cal Cunningham immediately called for a run-off election against Elaine Marshall because she didn't make the 40% threshold, though she beat him yesterday by almost 10 percentage points in the primary.

If Cal Cunningham sees his shadow on May 4th, it means seven more weeks of campaigning?

Wish he hadn't done that. The tide is running against him, and in the estimation of most of the pundits who count beans, he can't win. He can only sap, drain, and delay. And this ain't the season for that.

We saw Cal early last year as a bright and rising star, and we liked him very much. Then he started dating the Democratic Senatorial Campaign Committee (DSCC) and went from rising star to parser of policy (a.k.a., tool of the establishment).

He should have a bright future in NC Democratic politics, but not if he only saps, drains, and delays and becomes the clod in the churn. His bright young staff people and volunteers could instantly find berths with other campaigns and continue to hone their skills, but not if they're going down with this ship.

A second primary is a waste of money, time, and talent.
Posted by J.W. Williamson at 5/05/2010 09:26:00 AM
Email ThisBlogThis!Share to TwitterShare to FacebookShare to Pinterest
Labels: Cal Cunningham, Elaine Marshall

Elaine Marshall on the necessity of run-off elections:

"from the party standpoint, to have a candidate where more people voted against them than for them does not bode for success."

I don't care what Marshall said what I want to know is why the national democrats are screwing around in our primaries and supporting one democrat over another. Marshall is a qualified candidate and an excellent public servant who has worked her way up through the ranks. Why are the national democrats supporting Cunningham, who has no experience to match Marshall's, over any of the other democrats. As a woman, I take this as a slap in the face, and for that reason alone I hope Marshall crushes in the runoff. There are a lot of women I know who feel this way.

It's pretty clear that Cal is all about Cal.