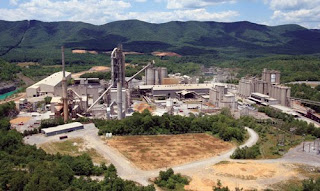 The proposed Titan Cement plant at Castle Hayne outside Wilmington has created a good deal of citizen push-back, but we find ourselves more concerned about another cement plant outside Weaverville, whose citizen opponents have now been personally sued for "libel."

It's a classic "SLAPP" suit ... "strategic lawsuits against public participation." Companies with harmful byproducts (carcinogenic air pollutants, in the case of cement plants) and deep pockets sue the "little people" in the proposed plant's path. The cement producers can rarely win such a suit, but it makes the little people hire expensive legal counsel and sometimes works to silence them. Obviously. It's a vile and naked exercise of overwhelming power.

In the Weaverville cement plant case, the citizens group is using as a rallying cry the fear of fatal collisions between cement trucks and school buses. Two elementary schools are near the proposed Flat Creek site for the plant. The company's lawsuit claims that an illustration on the opposition's website of a concrete truck apparently about to strike a school bus is libelous because "No [company] cement truck has ever collided with a stopped school bus." In response, the leader of the opposition said it is "preposterous" to suggest that anyone would think the image depicts an event that has actually occurred, particularly since the company has not begun operation.

Think of this: a citizens group wants to protest a proposed new nuclear power plant in their neighborhood and raises the alarm about possible Three-Mile-Island-style melt-downs. The nuclear power corp. sues the citizens for libel because they have never had a melt-down. Preposterous indeed.

The other part of the libel suit out of Weaverville is aimed at the citizens' claim that the company is "owned by an individual with other out-of-state plants that have several environmental complaints against them," one Mark E. Turner. The company's answer is most notable for its weasel words: No "other ready-mix concrete plants owned by Turner, at the time of publication of the letter, have several environmental complaints raised against them," the lawsuit says.

The denial amounts to an admission. The lawsuit has no apparent merit. And the citizens will be squashed.
Posted by J.W. Williamson at 5/30/2010 08:49:00 AM
Email ThisBlogThis!Share to TwitterShare to FacebookShare to Pinterest
Labels: cement plants, corporate power, environmental issues

Wasn't that the argument about offshore oil rigs? That they were safe because there hadn't yet been a major rig explosion?

I hear a lot from you about how bad our country is and how much we do wrong.

I invite you to then come back and try to find something good to say about your country.

Mike - As a teenager I once asked my mother why she was so critical of me. Her answer put everything into a whole new perspective. She said "It's because I love you and want you to be the best you can be."