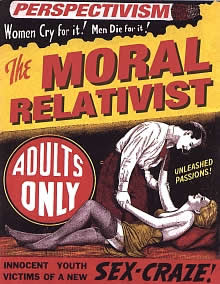 Mullah James Dobson is -- surprise! -- deciding that maybe he was hasty in declaring from the heights of his own Mt. Horeb that he would never, not even if hell froze over, vote for John McCain, because McCain believed in stem-cell research and in taxing the rich in off-years, but Dobson is now suggesting that he's gonna change his mind, using the old lesser-of-two-evils rationalization so popular among squishy liberals everywhere.

So although President McCain will be harvesting baby parts to impart life everlasting to himself and his friends and although he'll also eventually be yelling at Mullah Dobson to get the f*** outta his face, President McCain will be far, far less horrendous that Barack Hussein Obama, the secret Muslim homosexual from hell.
Posted by J.W. Williamson at 7/21/2008 11:04:00 AM
Email ThisBlogThis!Share to TwitterShare to FacebookShare to Pinterest
Labels: Barack Obama, John McCain, Rev. James Dobson