How to Win an Election: Tell the People They're Crazy 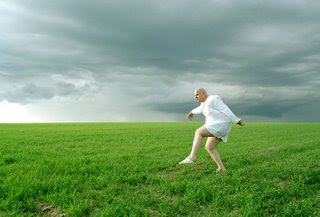 If you think the economy's bad ... you have a mental disorder. So saith ex-Senator from Texas Phil Gramm, Senator McCain's top economic advisor.

But compared to our own congresswoman Madam Virginia Foxx, Gramm is an amateur psychologist-come-lately. Madam Foxx has been lecturing us since she got into Congress that we just need to stop complaining and ADMIT that the Bush economy is very close to PERFECTION:

With sustained job growth, falling deficits, low interest rates and a booming housing market, America's economy is robust and getting even stronger.
--Virginia Foxx, in the recent past

That's what SHE said. Among many other pronouncements refracted through her rosy spectacles.

Here's what she really thinks about the actual struggles of actual people in the seventh year of the Littlest Angel: she voted NO on regulating the subprime mortgage industry.

But as soon as Sen. Gramm gets us some psychotropic drugs, we'll promise to stop thinking gloomy thoughts about the Bush economy. Or start living in a ditch and eating wallpaper, whichever comes first.
Posted by J.W. Williamson at 7/10/2008 06:04:00 PM
Email ThisBlogThis!Share to TwitterShare to FacebookShare to Pinterest
Labels: Bush economy, Phil Gramm, Virginia Foxx